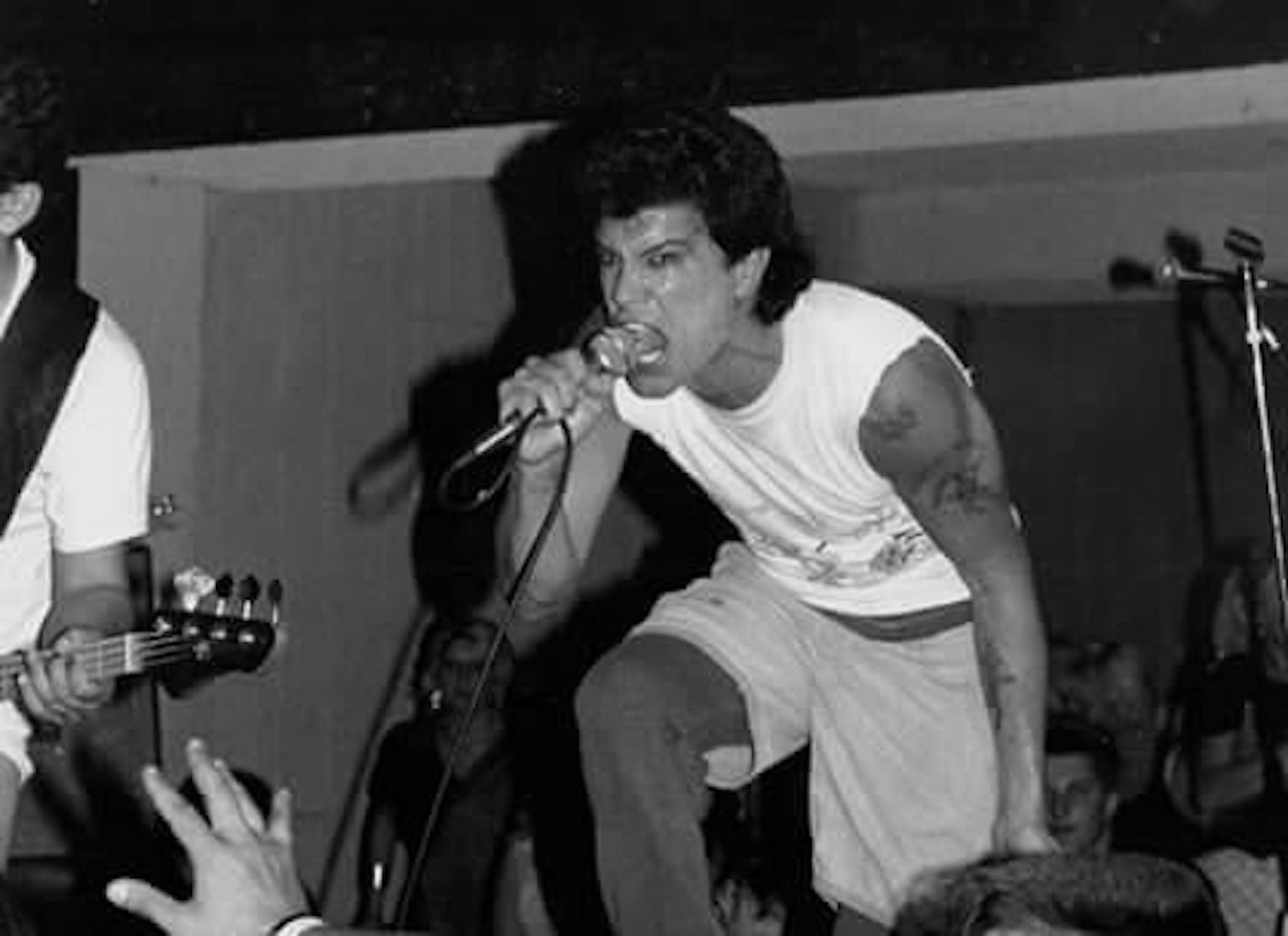 [LOOKING BACK: I was SUCH a big fan of Doggy Style, as noted by the number of times I mentioned them throughout Threatening Society's run. In fact, they are the only band that was interviewed TWICE! Alas, even with the backing of the powerful, star-making ability of our fanzine juggernaut, the band fizzled out not long after this interview. Although their third LP was good, they had lost some of the silliness and fun that where the anchor of their previous releases. Unfortunately, Rib Finley (nee Curtis Haller) passed away in 2016. RIP. -- Mickey]

DOGGY STYLE was interviewed in these pages way, way back in 82. Their LP has been out for a few years now, and despite a tour or two, not too much has been heard from them except for their legal troubles with Brad and Lou from the original DOGGY STYLE. The problems have been ironed out, and now it’s full speed ahead for DOGGY STYLE! Here’s a quick chat with Rib Finley, their vocalman.

THREATENING SOCIETY: You told me you’re working on a new LP. What’s the title?

TS: What label will it be on and when will it come out?

TS: How did your tour go?

RF: Great! The next one in August will even be better.

TS: Where did the tour take you?

TS: What bands did you play with?

RF: We played with D.I. on the whole tour. Most of the other bands we played with I can’t remember – too much beer on the brain.

TS: Which city was the best?

RF: CBGB’s (New York) was great and Boston I loved.

TS: What was the average size of each show?

TS: What happened in Philly? Did you miss any others?

RF: We won’t miss Philly in August, and one other we missed in Allentown. It won’t happen again.

TS: Did you lose money?

RF: No, we gained money.

TS: Now that you’ve played so many cities, what’s your impression of the punk scene?

RF: I can’t wait to go back East in August.

TS: Is the DOGGY STYLE name controversy over?

TS: Are you still friends with Brad and Lou?