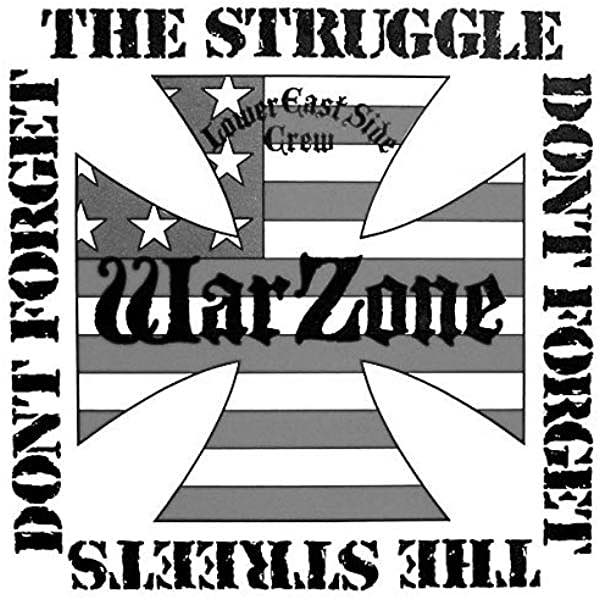 I don’t know what to think of this band – their music is top-notch. Blazing hardcore with definite signs of musicianship. They keep the NYC moshin’ parts to a minimum and inject lots of variety into their songs. But their lyrics almost scare me. Sure, they seem dedicated to the streets and the hard life on them, but they make the whole NYC scene out to be one huge gang. (Is this a trend? See the lyrics of the NYC band JUDGE.) For example, there’s one line that says “If you get in our way/ You shall fall.” Ahem. Also, they seem very hypocritical. They talk about being “Straight-Ahead” and having “No Obsessions”, yet a member of another NYC band says they all smoke and at a show in Pennsylvania, a member fired up a joint onstage and clocked a girl who said something to him. Also, in the title track, Raybeez sings against “selling out” and keeping hardcore music out of big business and on the streets where it belongs. Yet the band says “Special Thanks” to AGNOSTIC FRONT, CRO-MAGS and MURPHY’S LAW and they’ve signed to Caroline Records for many thousand of dollars. And the list goes on. So rip up the lyric sheet, ignore the singing and you’ll love this album. Otherwise, it just leaves a bad taste in the mouth. (Fist Records, 131 Ayer Ct. Apt. 1A, Teaneck, NJ 07666.) [MICKEY]