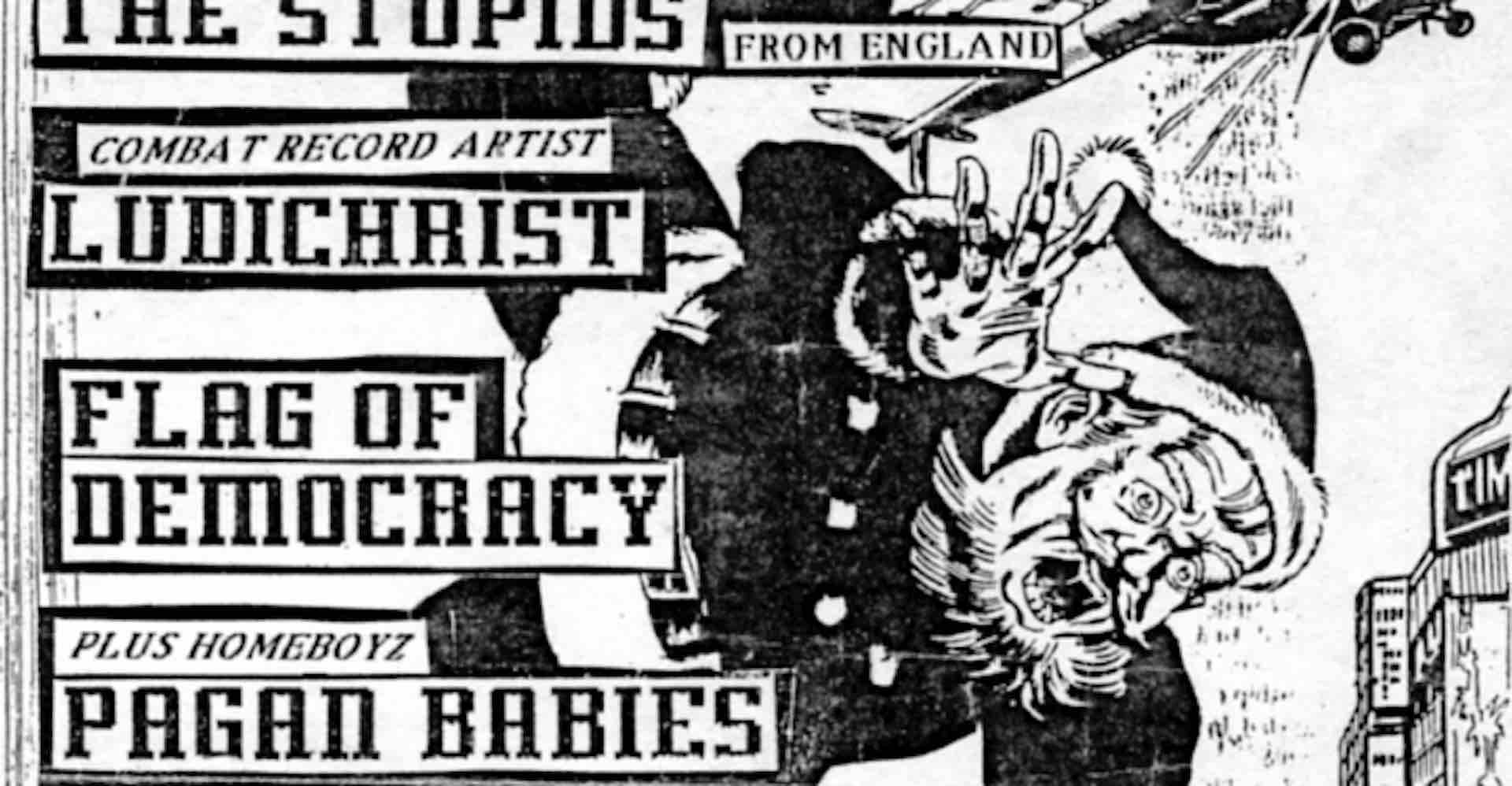 What should have been one of the best shows in Philly in the past year turned out to be a big disappointment : 2 bands cancelled.

We arrived to catch the tail end of PAGAN BABIES. They were really good, with a slightly metal sound and great songs. Though we couldn't find out much about them but we think that they are from Philly. With a powerful, energetic lead singer, PAGAN BABIES ripped through their last two songs with a raw power and intensity that is missing from all too many bands today. Look for them to be big someday, and remember, you heard it here first! 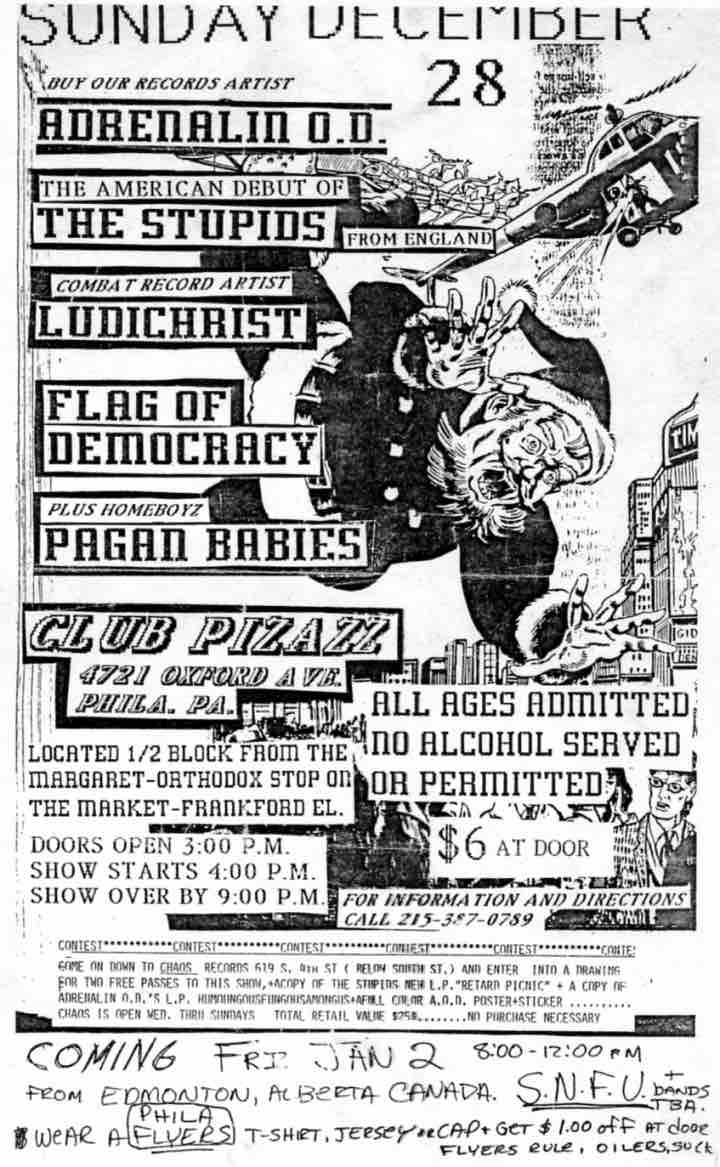 FLAG OF DEMOCRACY hit the stage next for their usual million notes per second speed thrash. I believe they just returned from a national tour, promoting their first album "Shatter Your Day" (Buy Our Records). Though they had a much better sound system than the last time I saw them, they sounded awful. The bass was hardly audible, the drums sounded awful (especially those tin crashes) and the guitar screeched unmercifully. All of this mixed together to the point where it sounded like a goat being sacrificed (hey, don't get excited all you little devil worshippers!). It was boring. Don't get me wrong, they kill live, but this was an off night (I hope). Still, they are great, and tonight hasn't changed our opinion of them.

Philly's main promoter, Chuck Meehan, got on stage ten minutes later to announce that LUDICHRIST wouldn't be playing. A few groans were heard but nobody seemed to pay it any mind.

A.O.D. swarmed the stage next. Though they couldn't make their last scheduled show in Philly (see their letter in Maximum Rock N Roll #42), they made up for it tonight many times over. They played fast, loud, and hard (they way we like it!) giving killer renditions of the tunes off of their new 'Humongusfungusamongus" LP and a decent sampling of their older stuff. These guys were really fun too. Between songs, they tried their hand at stand up comedy a la the liar from Saturday Night Live. That's the reason I like these guys so much: they just want to have a good time and have no qualms about laughing at themselves in the process.

A.O.D.'s set was plagued by misfortune. Inconsiderate stage divers kept nailing the drum kit, Jack's bass strap broke and some idiot knocked over a stack of amps. This brought about an a capella version of "Pizza n Beer' with everyone who knew the words singing along. When their set was done, Mr. Meehan announced that Tommy Stupid's car was broken down somewhere in New Jersey and two dudes went to fetch him.

A.O.D. kept playing, confused and unprepared for such unfortunate circumstances. When they were done, Bruce started slamming his bass on the ground, then slam dunked it in Dave's drumset. Dave took the hint, knocked his drums over and started jumping up and down on them. Talk about energy! Seeing that their extended set was done (and thankful for a great performance) everyone settled down for the wait for Tommy Stupid. An hour and a half had passed when Meehan finally announced that Tommy wasn't going to make it. What an angry crowd! We walked out when he started talking B.S. about "discounting the next show" (yeah right!). I guess it wasn't his fault, but you have to take part of the blame, being a promoter.

To make things worse, Dave Scott from A.O.D. saw me with the drumstick I stole from him during the set and TOOK IT BACK! Well, sorry about that Dave, and thanks for the interview.