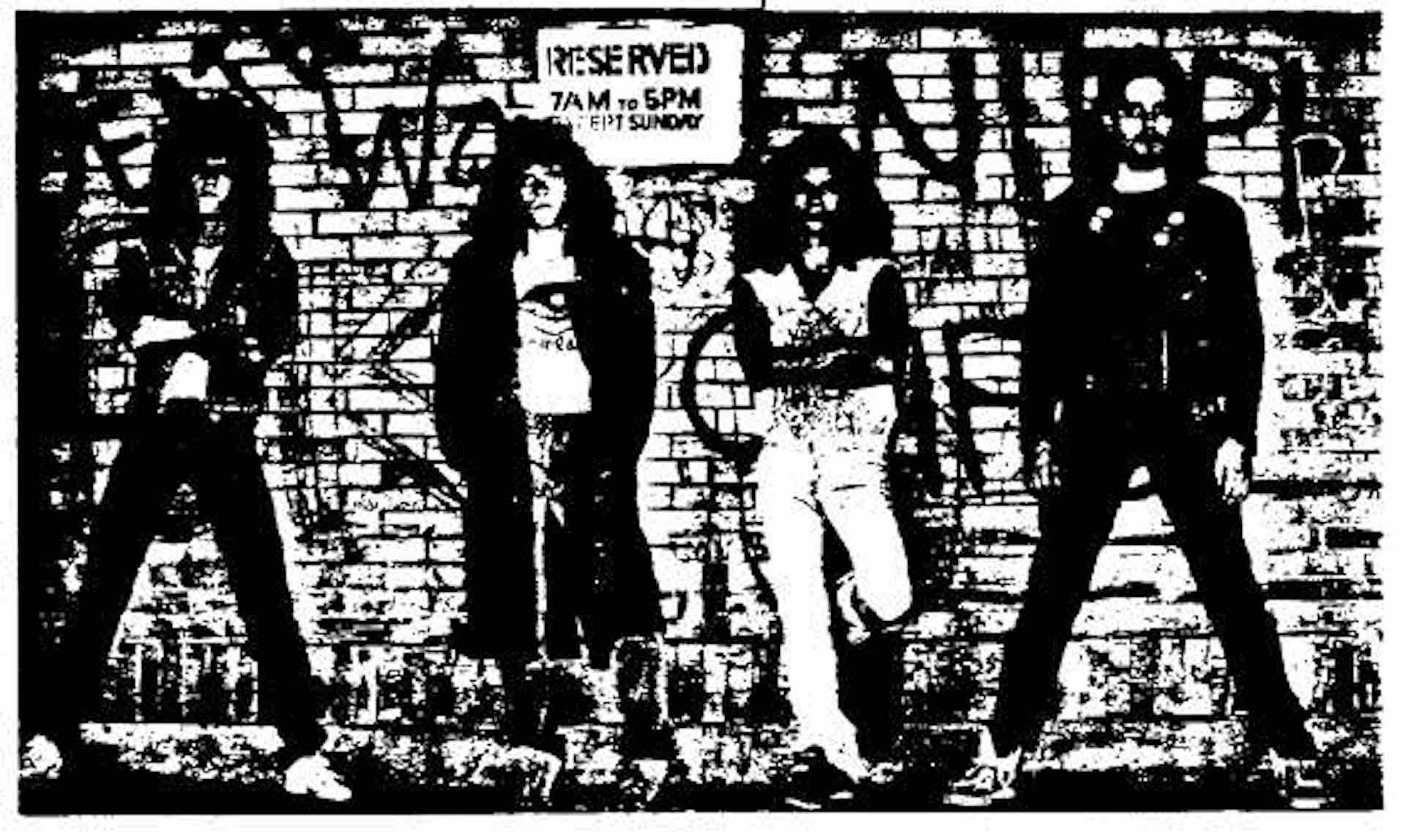 Speed metal with a dash of hardcore - POWERMAD is coming at ya!

What has the band been doing lately?
JOEL: He have recently recorded a 3-song demo entitled "Absolute Power". We are currently auditioning guitar players (anyone interested can send a demo to the address below).

What bands have influenced you or do you listen to?
JOEL: Anything musical, guitar-wise, Scott Ian (ANTHRAX); vocal-wise, Tommy Araya and Rob Halford.
JEFF: I don't like that question 'cuz I don't care.
ADRIAN: I like tunes that are fast and tight. I make it a point to listen to music where the people can play well.

Where are your favorite places to play?
JOEL: We have a blast playing everywhere.

Are you happy with the results of your Combat Boot Camp EP?
JOEL: NO!!!! The so-called professionals couldn't even distribute our own EP to our hometown. They suck - we hate "Dingbat" records. Nuff said!

Are there plans for an album soon? If so, will it include tracks from the EP (such gems as "Chasing the Dragon")?
JOEL: Right now our main objective is to find a satisfactory recording deal with a competent record company. If the EP songs appear again, we will re-record them because the EP doesn't accurately represent the band anymore - we've come a long way from there!

Aside from yourselves and IMPALER, not many bands hail from Minnesota. What type of "scene" do you have there?
JOEL: The Minnesota hardcore scene is huge. The metal scene is picking up more. It's mainly a "schlock rock" scene which makes it hard to get gigs. Although, our following is quite large.

Another impressive aspect of the EP is the lyrics and song subjects (which deal with awareness in drugs, nuclear war, etc.). Was this influenced by hardcore? What messages do you try to convey in your music?
JOEL: The lyrics are somewhat influenced by hardcore, but mainly we write about things that affect us and people around us. We don't try to give a big mystical message, we just write opinions and thoughts about stuff, we're not out to change the world. We're basically a bunch of idiots who don't know anything.

What are the future plans for POWERMAD?
JOEL: Recording an album. Playing gigs everywhere and for everybody. Writing more thrashing and bashing music.