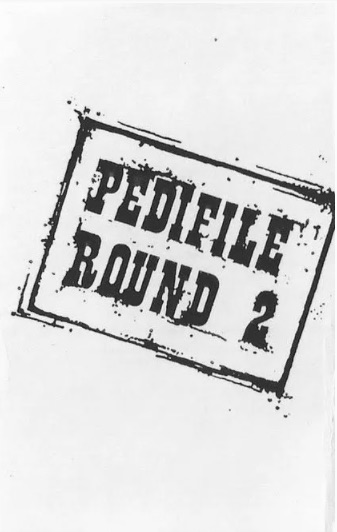 PEDIFILE — “Round 2” demo tape
PEDIFILE is a death metal band from Arizona. They will be appearing on an upcoming Death Records comp.
This band’s first demo hinted at a good future in this genre and this second demo should send them well off into that direction. SLAYER-inspired death metal with ambiguous lyrics and titles (“Fallacious Vindication”). Many ‘zines (including TS) have slagged PEDIFILE off ’cause of the high pitched screams on the first demo. Well, they are totally non-existent on “Round 2”. Now, even though I didn’t like those screams (though I realize the training it takes), I think it’s a real shame when any band changes their sound because of “peer pressure.” If you’re heavily into death-metal, check this one out. It costs $4, but you can get the demo and a PEDIFILE t-shirt (which Lars Ulrich from METALLlCA has been seen sporting) for $8. [TONY]