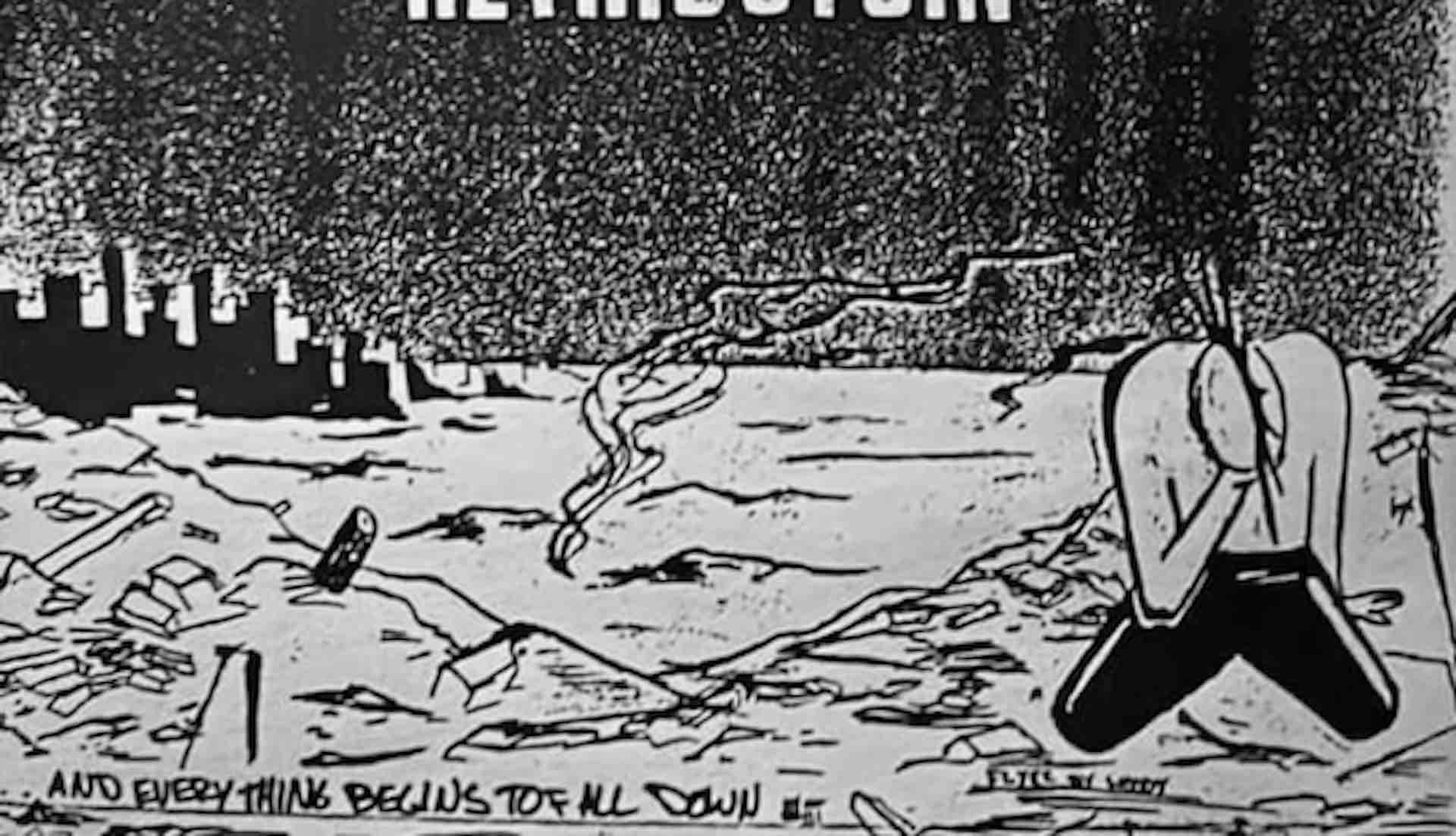 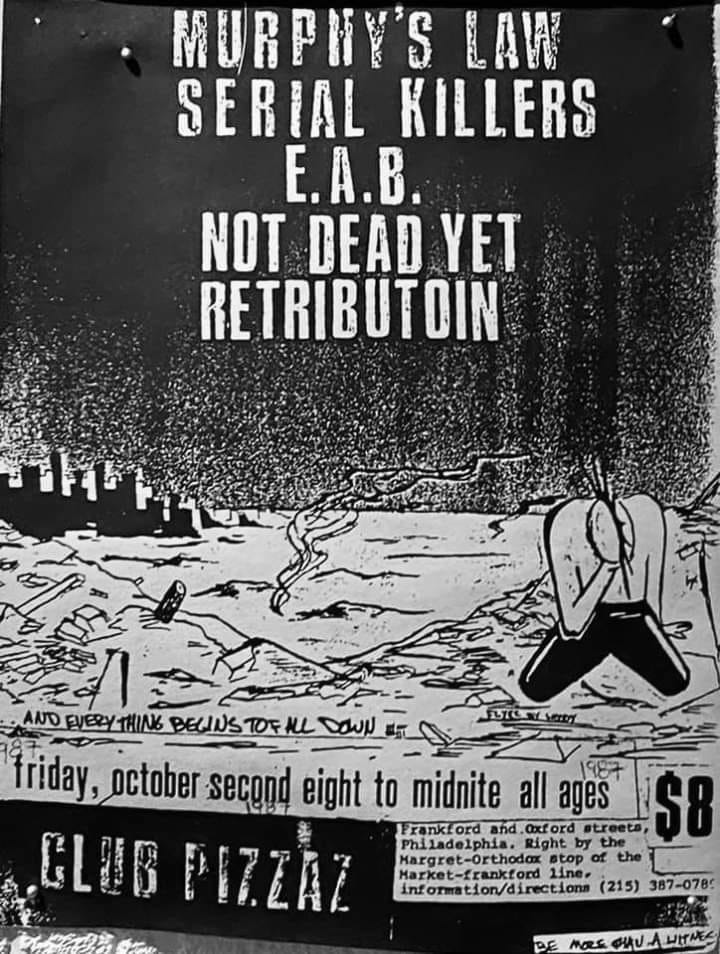 RETRIBUTOIN, a local skinhead band, was the first to play. Very good melodic thrash from these guys. I can't comment on the lyrics ('cause I couldn't understand), but judging from the almost all-skin pit, you could pretty much guess what was up. There was some trouble in the pit, where apparently some genius was going around spraying people with mace.

NOT DEAD YET were another skinhead band. They played a 45 minute set of heavily musically oriented thrash. Again, more skinhead sloganing and rallying.

Next were local guys E.A.B. They played songs off their demo, some covers, and a few new ones. Some good music, despite the few mix-ups. These guys are getting better and better with each show.

The kings of Philly hard-gore, SERIAL KILLERS, were up next and that's when the trouble began. Since it's wrong to make accusations on rumors or hearsay, I won't say who started or was involved in the fights or what they were over. The SERIAL KILLERS did their usual show, combining sleazy rock 'n roll, the joking vulgarity of the MENTORS, and gory special effects from Dr. Butcher M.D. They were met with the usual mixed reaction: some took it lightly and enjoyed, while some (mostly skins, I believe) were "incited" to violence. Look, I know it's a bummer to have to sit through any band you don't like, but that doesn't give you the right to disrupt the show by yelling and throwing stuff at the band. Next tine, try sitting in the back instead of trying to make the show the way you want it because you think you have enough friends (who look like you) to back it up. People who take groups like the SERIAL KILLERS seriously miss the whole point. On the other hand, there is a time to lay off.

MURPHY'S LAW finally took the stage after several moments where it seemed like the rest of the show would be cancelled. Once again, the skins "ruled" the pit, demanding to hear "Skinhead Rebel" and chanting "Oi! Oi! Oi!" during the theme song. Musically, MURPHY'S LAW were pretty good, doing songs off their album, some funny covers, and a few songs ("Burnt Toast" and "I've Got The Bomb") which allowed their roadies and friends to sing. The only thing I didn't like was the use/distribution of beer and herb on stage. We all know MURPHY'S LAW likes to party, and that's fine by me. But it is something that should be done before or after the show - not during an all-ages show in a part of the city where police harrassment is very common. MURPHY'S LAW's actions jeapordized both that show and the future of shows at Club Pizazz. Since nothing happened, you might think that this complaining is unecessary. Well, I was just disappointed that such a "punk" band acted in such a irresponsible way and didn't care about the scene, even if it isn't their scene. Nobody else seemed to care, but I could've predicted that from the way most of the people treated MURPHY'S LAW (especially Jimmy Gestapo) like rock stars. That kind of bothered me 'cause I always thought that one of the best aspects of the alternative music scene was the absence of inflated egos and the better-than-you attitude that is found in mainstream music. All of these things seem more appropiate for when they toured with the Beasties. Thrasher mag said that MURPHY'S LAW is bringing hardcore into the mainstream. This would be good if hardcore (music and especially attitudes) could be introduced to more people. But it's really bad if it means the acceptance of mainstream-commercial-pop attitudes.

If you read the inside cover of last issue, you'd know that we were going to try to get an interview with MURPHY'S LAW. They probably would've refused, but I did I not even want to ask because, after seeing their new attitude, I didn't want to. Don't let egos put bands above fans!