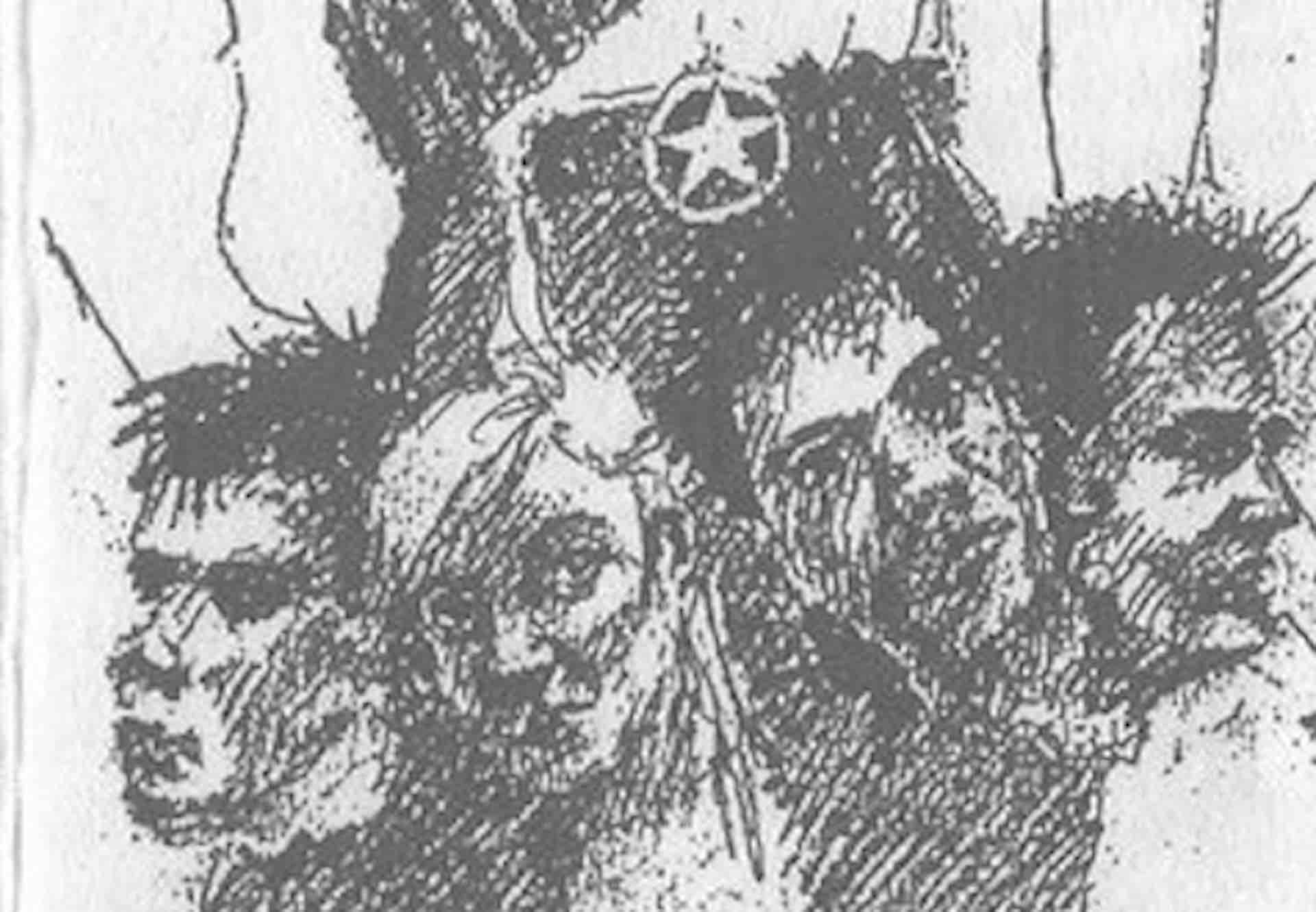 MDL — “In the Midst of Delusions” demo tape
MDL was formed on June 5, 1985, in Ellensburg, Washington – a small redneck/college town in the middle of the state. A scene in Ellensburg is basically unheard of due to many factors – including the remoteness of the area and tne conservatism of its citizens. Altnougn lately, bands have begun to pop up and snows occur every couple of months. The band was originally called THE DEAD LENINZ, and the line-up is Baf Lenin on vocals, Blare Lenin on guitar, Biff Lenin on bass and Bash Lenin on drums. MDL released their first demo, “Mother Rose’s Basement” on their own label, Lenin Comps.
This is some really cool stuff – I guess you would call it “garage punk” if you were into labels. This band reminds me of the early DEAD KENNEDYS, while also sounding like the old DEAD MILKMEN, yet not quite as nerdy. Cool rhythms by good musicians and a good vocalist singing (is that a new word?) both serious and humorous topics. 16 songs on a digitally mastered tape which lasts 30 minutes and lyrics are included. Incredible! Also write for info on the first MDL demo and other Lenin Comps tapes. [MICKEY]