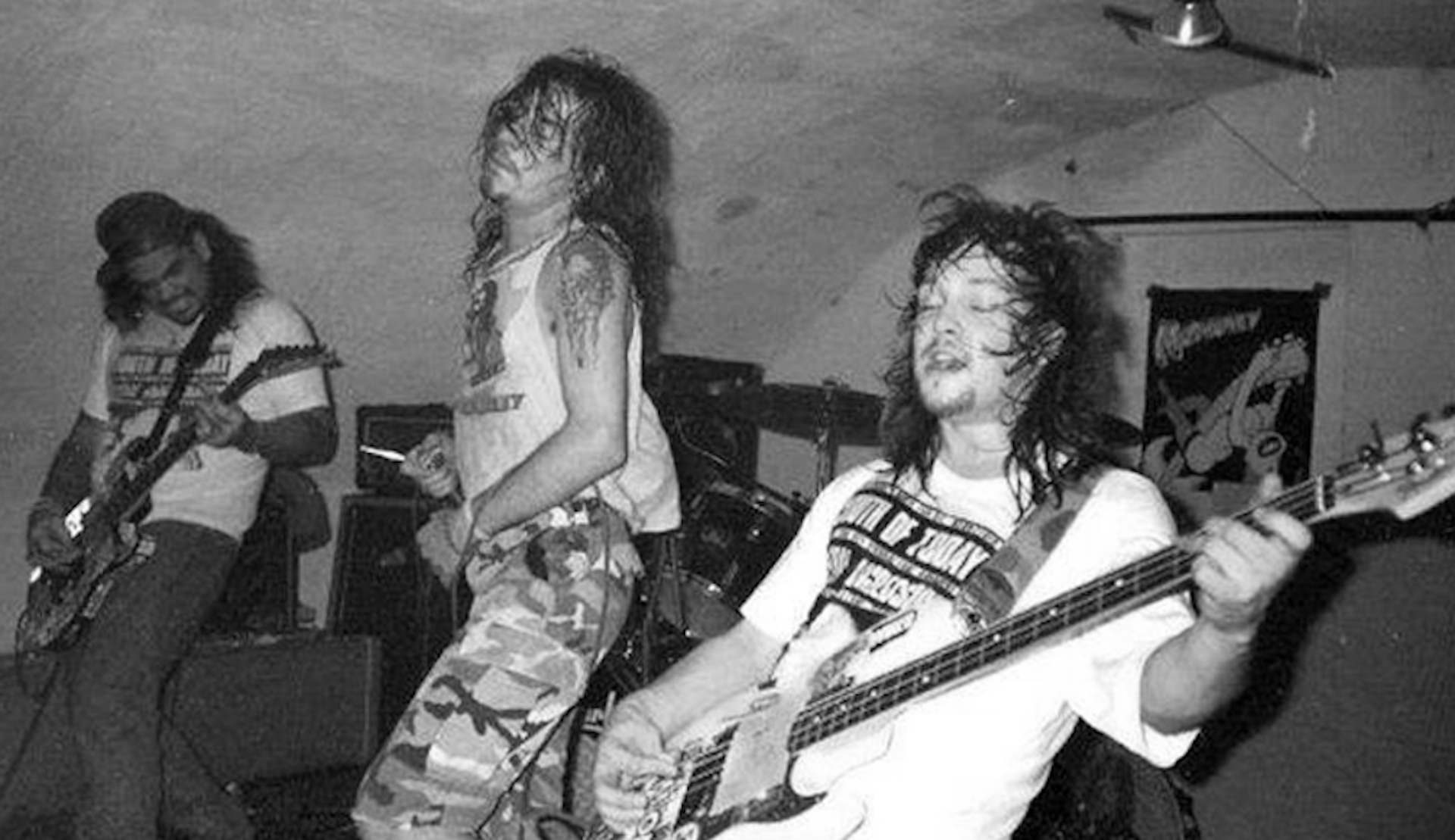 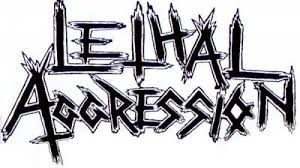 LETHAL AGGRESSION is a ripping hardcore band from New Jersey. They have already done two demos that kill, and will be releasing their debut album on One Step Ahead records. We had a talk with the kings of New Jersey Drugcore.

What have you guys been up to lately?
ROB: Writing songs, practicing, and trying to live life to the fullest.

What bands have influenced you or do you listen to?
ROB: AGNOSTIC FRONT, BAD BRAINS, CRO-MAGS, 7 SECONDS, BOLD, YOUTH OF TODAY, SOCIAL DECAY, DRI, AOD, MENTAL ABUSE, MISFITS, and so on.
KEN: DRI, WHITE PRIDE, VOIVOD, and BAD BRAINS.

Where was the best place you've played?
KEN: Baltimore has a really great scene. Although last time we were there, we were kinda disappointed. New Orleans was a really crazy show. People were jumping off a balcony into the pit. It was real sick.

What message do you try to give in your music?
ROB: Be positive, be yourself. It doesn't matter if you're straight or not. We're not straight, but we still support straight-edge bands.
GEORGE: Confusion, fun.
KEN: Well… actually, that depends on the lyrics. The music is just a bunch of notes strong together in a typical order to convey a certain thought or idea.

How long has LETHAL AGGRESSION been together?
GEORGE: The current line-up has been together for about one and a half years. 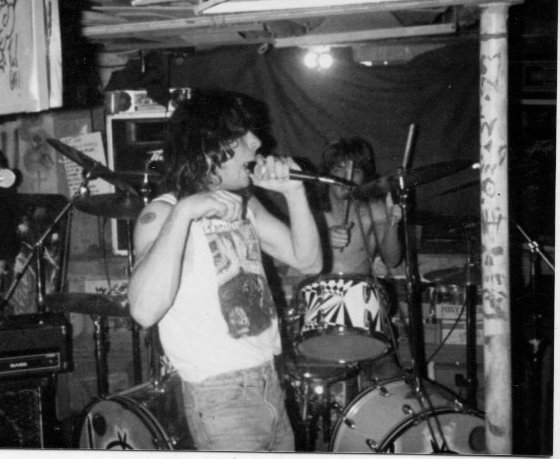 Is this your first band?
GEORGE: This is the third for me. I was in a band called SAVAGE ROSE and INCUBUS.
KEN: This is my third band too.
ROB: This is my second.

Will the songs from your last demo be on the debut album?
KEN: Definitely! Most of them will probably be on an album, but they'll all be re-recorded and remixed along with songs from the first demo and a lot of our new songs.

What do you think the biggest problem in the world is?
ALL: AIDS!!!
What can be done about it?
ALL: Kill the people who have it! Also, corrupted officials are a problem.

What's the scene like in New Jersey?
ROB: Well, there's a couple of shows here and there, but the only shows lately have been in Tommy's (of SOCIAL DECAY) basement. It's a small basement, but there are usually good bands like SOCIAL DECAY and SUBURBAN UPRISE.

Do you enjoy playing in Philly?
GEORGE: Philly was a good show. There weren't too many people, but it was cool.
ROB: Yeah.

What is the drug core?
GEORGE: New York. Drugs are fun. I don't have to do drugs to have fun, but it's fun when you're doing them.
KEN: A Big Apple core soaked in LSD, rolled in cocaine, and injected with PCP then eaten. I think?

How do you feel about drugs and alcohol?
ROB: Whatever you're into, I guess.
KEN: I like drugs and drugs like me. HA HA! Alcohol likes me a lot too. Both of them get along just fine.
GEORGE: Drugs are OK if you know your limit. Alcohol is the worst drug but effective.

What do you feel about war?
ROB: War is hell.
GEORGE: War. I like that song.

What are your plans for the near future?
GEORGE: We'll have two songs on the "Complete Death 2" compilation album hopefully by the summer. The two songs will probably be from the new demo, or one of the newer songs we haven't recorded yet. Other plans are for our album, and a tour.

Last words?
ALL: Support the scene, and thanks for the interview.

Unfortunately, LETHAL AGGRESSION's new demo is no longer available. However, it is strongly advised that you check it out through tape trading. The first demo is available for $4.