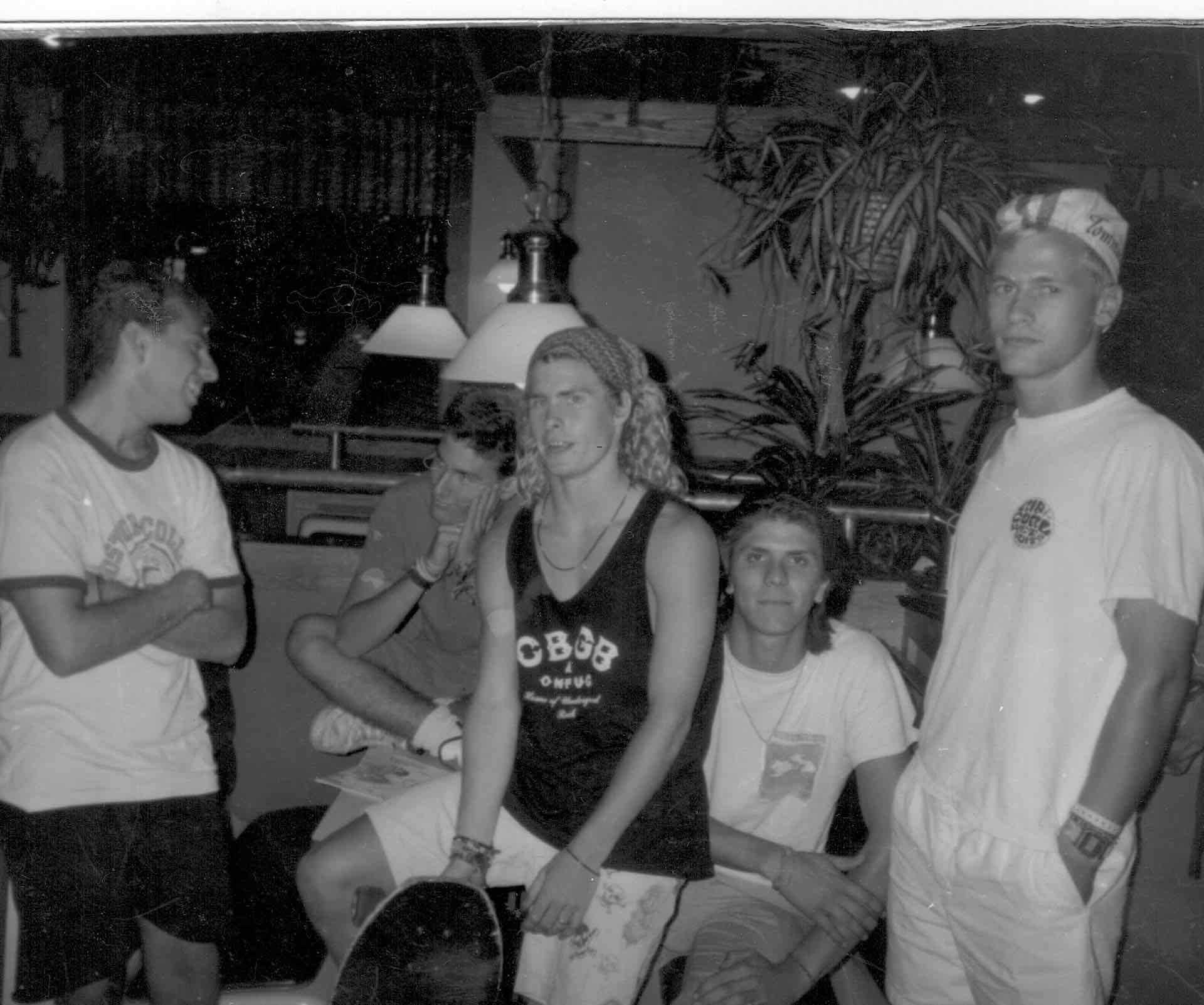 [LOOKING BACK: One of my first 7" ever was an EP from JUSTICE LEAGUE, "Think or Sink." Lyrics and music that sounded like they were done by a bunch of 15 year olds -- which resonated with me, because I was 15 years old. They ended up with a more sophisticated sound, losing the youthful goofiness/energy. But as I became older and more sophisticated *cough* I vibed right along with them, and was THRILLED to meet the band in person. The meeting happened at a KFC across the street from Club Pizazz, which was about the only place open nearby on a Sunday afternoon. In true fanzine fashion, I didn't buy them a goddamned thing. From what I remember, our chat was really loose and casual, and they seemed like they were having a good time. Or they were just good liars, and wanted to get the hell outta there. (And so you know this interview is pretty old: Check out my awe when I find out their new release will be on *gasp* CD!) Anyway, Ryan and Chris formed legendary straight-edge band CHAIN OF STRENGTH. (And, as a point of trivia, Chris was in a band called INSIDE OUT with some guy named Zack de la Rocha, who later started some obscure band called RAGE AGAINST THE MACHINE.) -- Mickey]