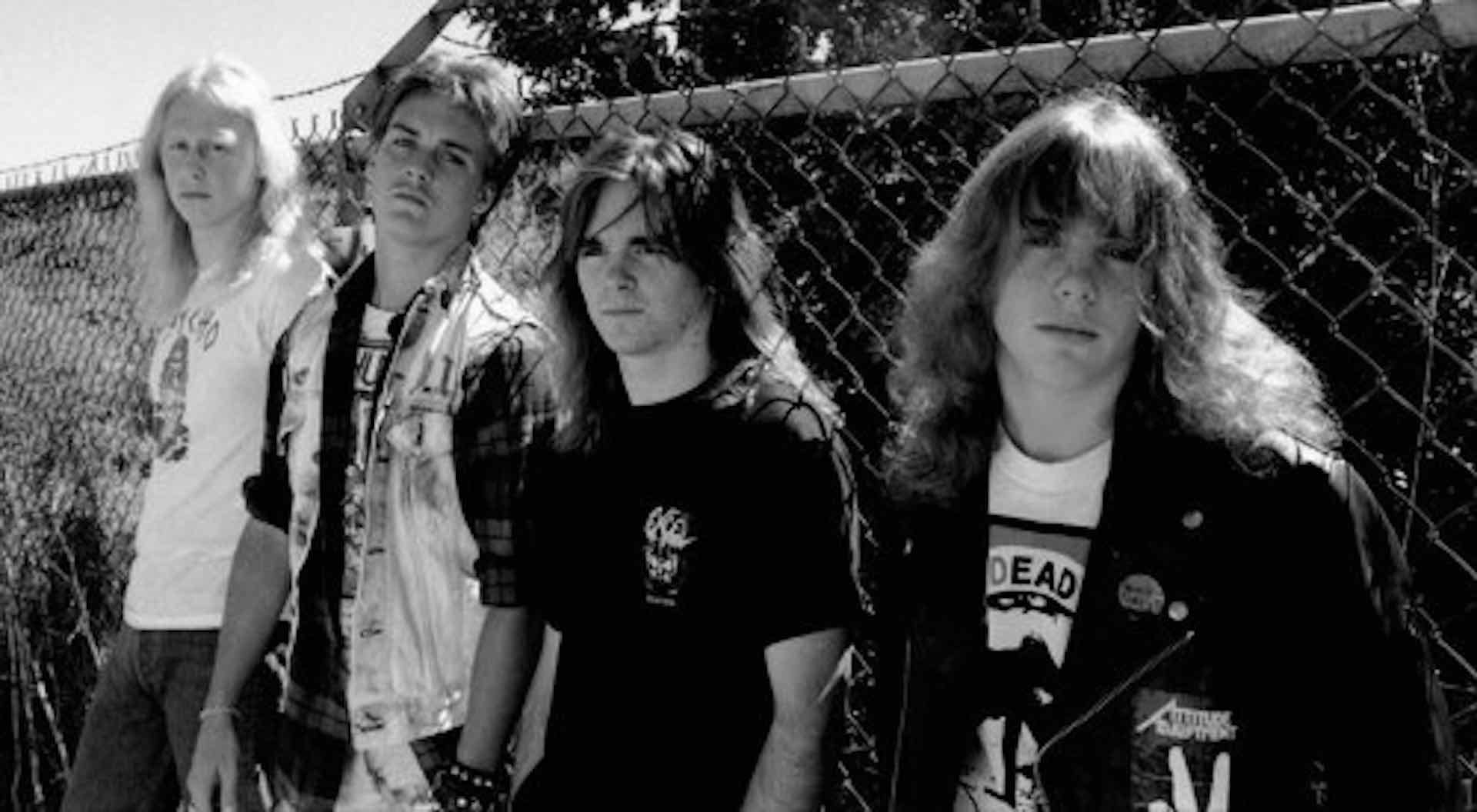 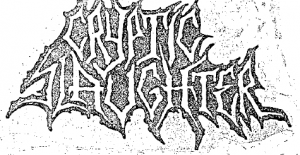 LOOKING BACK: We had a high school friend, Scott, who had his own fanzine called Total Thrash.  When we did the first issue of our zine, Scott would suggest bands to write to because he know which you would get an actual response from. (Scott was our mentor. Having successfully published like 10 issues of his own zine, he actually knew what he was doing.) Cryptic Slaughter was one of those bands he suggested. My partner-in-crime, Tony, was far more into thrash metal than me, so he's the one who reached out.-- Mickey

CRYPTIC SLAUGHTER is a great young crossover band, hailing from Santa Monica, California. Their debut LP, "Convicted", is lightning-fast yet very ordinal and complex. It earned them the respect they deserve. They are now preparing to release their follow up album, "Money Talks". Recently, Tony spoke with their drummer, Scott.

First off, any special or secret meaning to the name CRYPTIC SLAUGHTER?
It means whatever you want it to mean.

How long has the band been together?
About 2 years.
Is this the first band for all of you?
Yes.

What has the band been up to lately?
We just finished recording our second album "Money Talks". We've also played some local shows.

Where's your favorite place to play?
No certain place. Every show is different.

What messages do your songs offer?
Each song has its own message. There is not just one certain one.
What do you feel is the biggest problem in the world today?
There's too many problems in the world and not enough people to change the problem.

Are you satisfied with your bonecrushing debut album "Convicted"? Did it turn out the way you wanted it? Would you change anything?
No, it didn't turn out the way we wanted it. The production is too weak. The only thing I would change is the execution.

On "Convicted", the riffing is very tight and precise despite its breakneck pace. How long has your lead guitarist, Les, been playing?
About 2 or 4 years.

Do you plan to change your style on "Money Talks?"
More changes in the songs and not just one certain speed.

What's the hardcore/crossover scene like in Santa Monica?
It's pretty good. There are a lot of shows, but there are too many gangs and fights.

What's next for CRYPTIC SLAUGHTER?
Just to play more shows and have more fun.

Last words?
Thanks for the support, good luck with your mag, and you set your own pace!