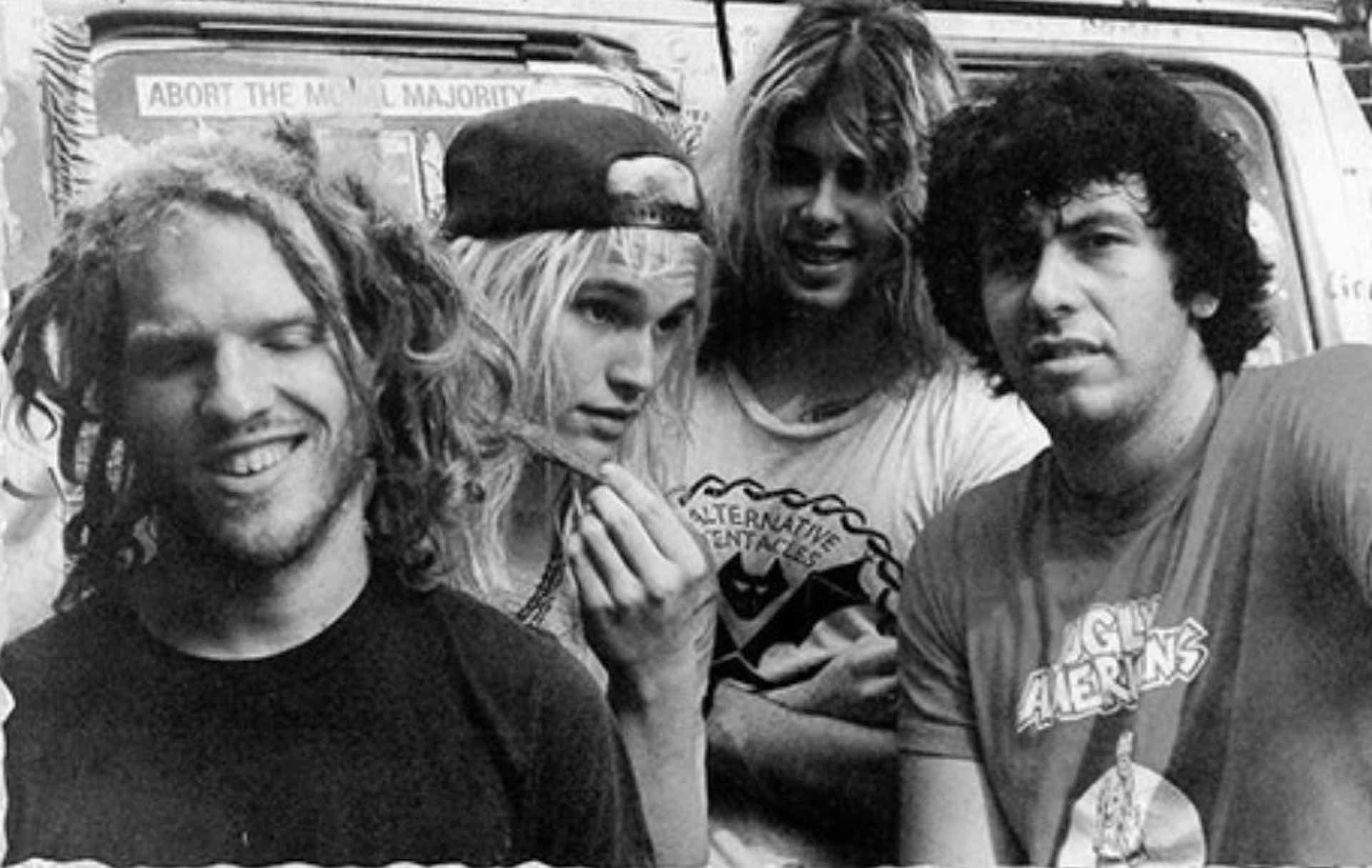 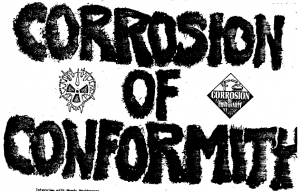 LOOKING BACK: Talk about longevity. COC has been tearing it up for over 30 years now. This interview was done early in their career, but their trajectory was already established. They were one of the first bands to forge a metal-infused-hardcore sound, and still creates music that hits you square in the gut. -- Mickey

What is the current band lineup?
Reed plays the drums, Mike plays bass, Bob sings and I play guitar.

What has the band been doing lately?
We just got home from a short tour out West. We just released a new 12" too. We're doing material now for a full album.

What bands have influenced you or do you listen to?
There are too many to list really. I'm into old SABBATH and DEEP PURPLE and older punk bands like DICKIES, BUZZCOCKS, and the RAMONES.

Where do you enjoy playing the most? The least?
We enjoy playing anywhere and everywhere they'll let us. We're not picky. I like the East coast.

Why did you remake Judas Priest's "Green Manalishi" (an unlikely tune for a thrash/hardcore outfit)? Are there any other older songs you would like to make on future LPs?
We did it just for fun. It was one I already knew for some reason, so we said what the hell and decided to do it while we were in the studio. We do an lggy song occasionally.

The last time you played in Philly was in the summer of '86. Did you like the "scene" here? How was it different than in other places you've played?
I like Philadelphia pretty such. The old C.E.C. center was really great. I liked that frat house we played too.

What type of scene do you have in North Carolina?
The scene here in N.C. is pretty alive these days. For a good band here in Raleigh, 300-400 people will come out. Plus there are two really killer clubs here too.

I feel that the "Animosity" LP was slightly more "metal" than "Eye for an Eye". Was this planned? Did you want to move away from that strong metal sound?
I disagree. I think the production was superior. It had a metal drum sound (the dude who did SLAYER did that album too). I think that's the main reason it had a metal mix. As far as our sound goes, I really don't think "metal" is a good adjective for it.

What message(s) do you try to convey in your music?
Keep an open mind and be aware of the stuff around you. We try to present our opinions without forcing them on anyone. We want to make the audience think.

What are the plans for the immediate future of C.O.C?
Continue our tour and when we get home from that we're gonna record that new album we've been talking about.

Any final words/comments?
If anyone is into it, write us.

CORROSION OF CONFORMITY is currently touring to promote their new ep, "Technocracy".