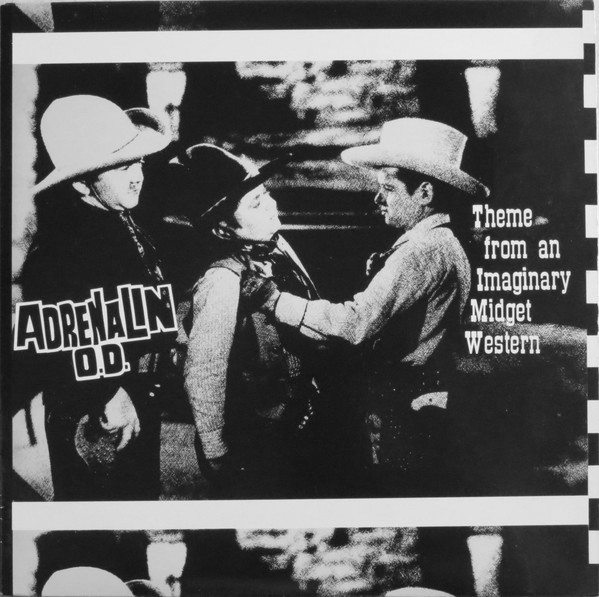 This is a three-track affair that serves as a primer for their upcoming third LP, called “Cruising with Elvis in Bigfoot’s UFO”. The title track, which is the only one that will appear on the new album, is a catchy mid-tempo number with a Western-flavored guitar hook that you’ll be humming for days. The flipside leads off with a cover of KISS’s “Detroit Rock City”. This is rather surprising in that it sounds remarkably close to the original. The final cut is a cover of the SKULLS’ “Coffin Cruiser”, which is a rather dirge-like tune, except for that thumping bass line. Overall, a very interesting 12” that continues the excellence that A.O.D. displays on vinyl. ($5 to Buy Our Recs., P.O. Box 363, Vauxhall, NJ 07088) [TONY]