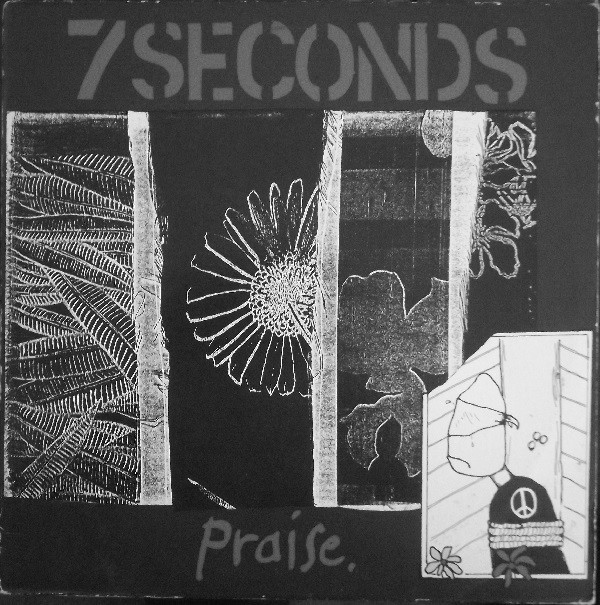 As Kevin Seconds moves his band to a more mainstream style, his songwriting talents and lyrical style mature greatly. Heavily influenced by U2, many would consider this a sell-out. But I feel it is a natural progression for a band like 7 SECONDS. It has a definite post-punk feeling which comes across successfully. A definite improvement over “New Wind”, in which all the songs seem to be detached from each other. But I’m warning you: “The Crew” has grown up. (POSITIVE FORCE) [MICKEY]