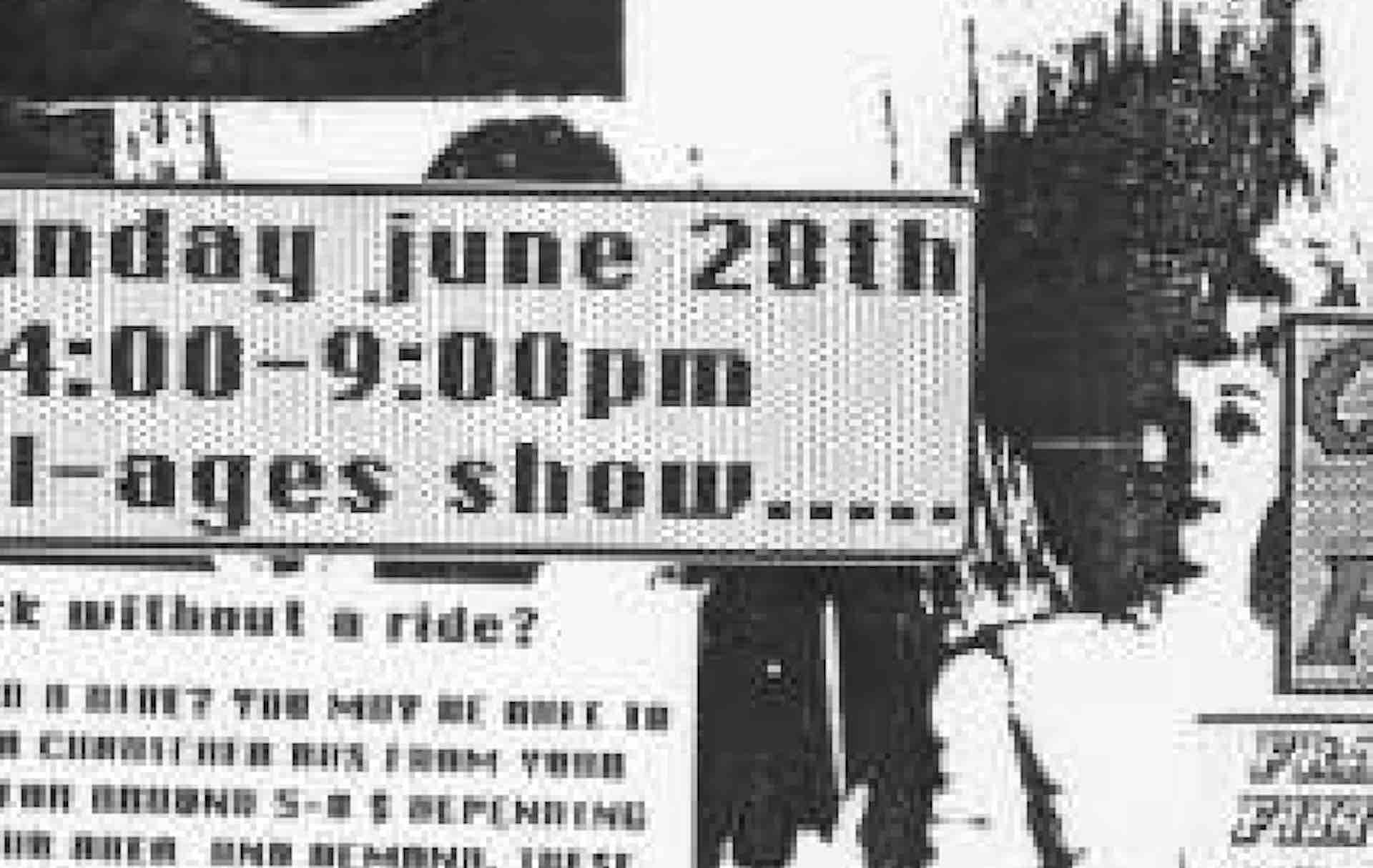 From what I can piece together, the billing of this show could almost be considered a mistake: Too many huge bands on one bill, in too small of a place. This is because of an ass promoter from New Jersey named Randy Now who tried to cash in on the action in Philly to take lots of money. Well, he dropped the show, but the bands were booked, and Philly promoter Chuck Meehan was left holding the [fill in word of your choice]. This review is dedicated to Chuck for his dedication and determination in keeping Philly shows under control. Randy Now, stay the hell out! we don't need or want you! 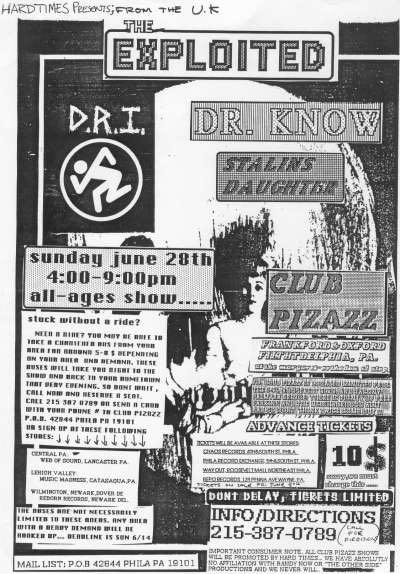 STALIN'S DAUGHTER, the only Philly band on tonight's bill, played first. I'm sorry, but they really aren't that good. Repetitive thrash, restrained, redundant. Maybe if they started from scratch, changed their sound, or something that
drastic, they'd sound better. But right now ... well ...

LIFE SENTENCE is one of those bands that I've heard OF, but never heard. They've been around for a while, and it's easy to see why from their stage appearance and musicianship. They played a very intense, inspired set that highlighted tunes from last year's LP, and songs which I assume will be on their forthcoming release. They are a band that must be heard, whether live or not.

DR. KNOW came on next with their speed-metal sound. Sorry guys. I never liked you, and I like you even less live. Next!

D.R.I., by far the crowd's favorite, hit the stage next, complete with a remote-control guitar (does a guitarist really need that, especially when he doesn't have room to move anyway?) and lots of pedals and other gadgetry (it all sounded the same to me). In other words, DRI has hit the high-tech world of music. Sound wise, they were fantastic, playing tunes from all three albums and the 7" "Violent Pacification". It could've been better, if they'd followed the song list they had posted for their use. They skipped right over the best tunes! Another thing that got me ticked off was the way they ran the tunes together, not giving anyone a chance to breathe, and two unfamiliar songs back to back sounded like the same tune. But the complaints I have are petty, totally overshadowed by a tight sounding, absolutely energetic set. To me, crossover stinks, but DRI live rules!