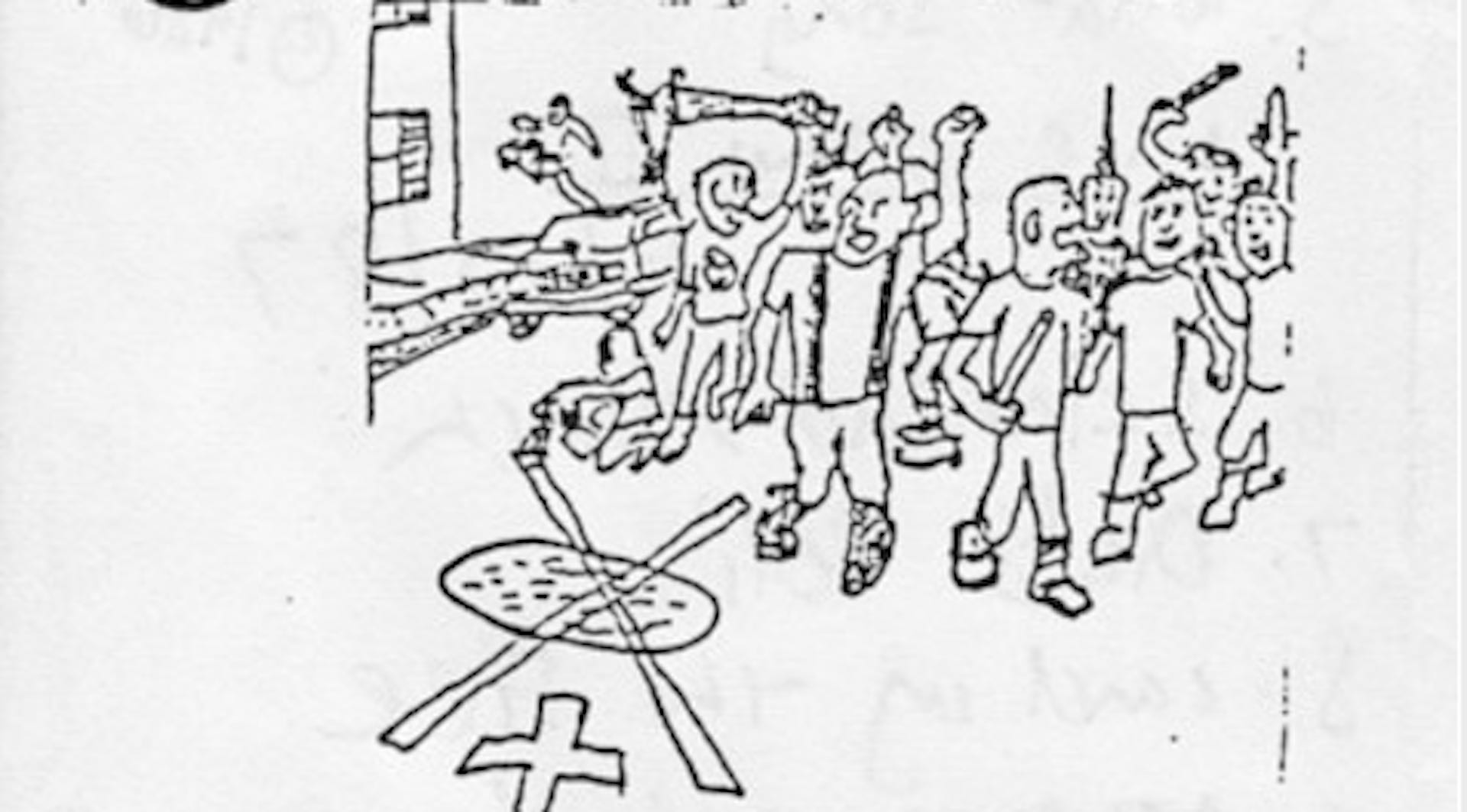 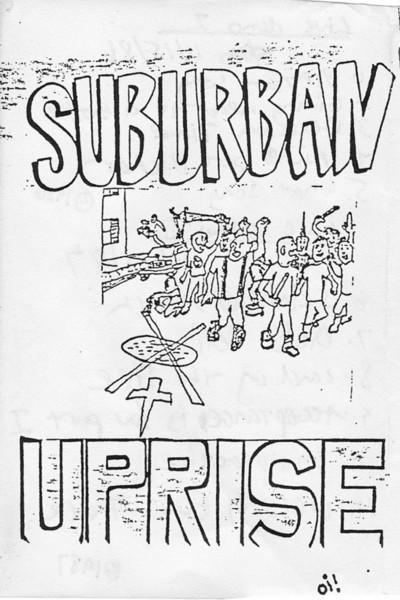 SUBURBAN UPRISE — “Live Demo II” demo tape
SUBURBAN UPRISE is a fairly new band from Suburban Philadelphia. They’ve just starting to play out. They’re sort of controversial, too. An unabashed skinhead band, Maximum Rock N Roll’s Tim Yohannan refused to run an interview with them because they’re skins, though their drummer has assured me that they’re neither racists nor Nazis. Martin Sprouse later wrote to S.U. informing them that they would run the interview.
SUBURBAN UPRISE Live Demo II : This is a live tape done at Trenton, New Jersey’s City Gardens earlier this month, during what I’d assume was S.U.’s first real big gig. For a demo, the sound quality is great, and for a live set, it’s as tight as they come. They sound very original – not what you’d expect from a skinhead band in that the music is very melodious and the vocals are either sung or spoken, not growled or yelled. Although I don’t agree with some of their ideas (in one song, “Land Of The Free”, they suggest that those who don’t want to fight for the U.S. should get out), that does not influence my opinion of these guys. They’re HOT! They rock! They mosh! Very good tunes like “No More Favors” and “Skinhead March”. They will make a name, and soon, I predict. Only $1.50. [MICKEY]