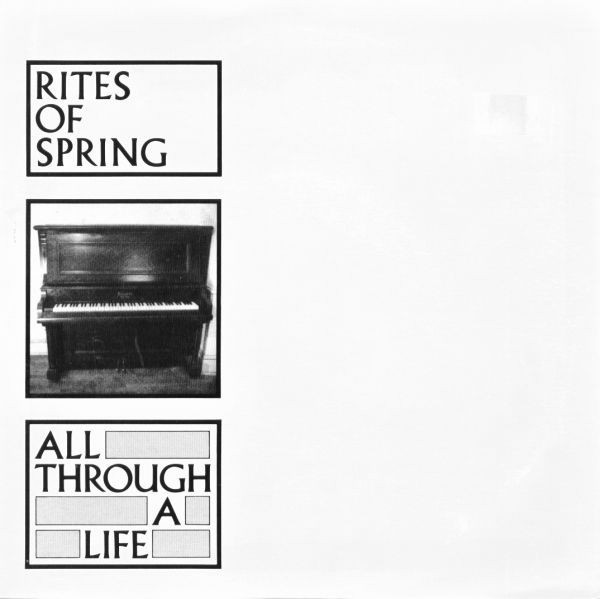 RITES OF SPRING — “All Through a Life” EP
No, no – they’re still defunct. This is a posthumous release, possibly to satisfy fans, for one release wasn’t enough to quench their desire for more from this once great D.C. band. But, this is definitely net a swan song. It’s comparable to MINOR THREAT’S “Salad Says: EP, but only the fact that Dischord released both after the bands broke up. MINOR THREAT’s EP had them go out with one last bang – their best release. But unfortunately, RITES OF SPRING didn’t follow this example. The sound, I feel, is similar to their Dischord LP, but the power is lessened – more subdued. This may appeal to some people – not to me. Their non-melodious sound interests me, but doesn’t keep me amused. The lyrics seem to be just a little too poetic for my taste. I’m not going to play games. I really feel my musical tastes are mature, but maybe not mature enough. (Dischord Records) [MICKEY]