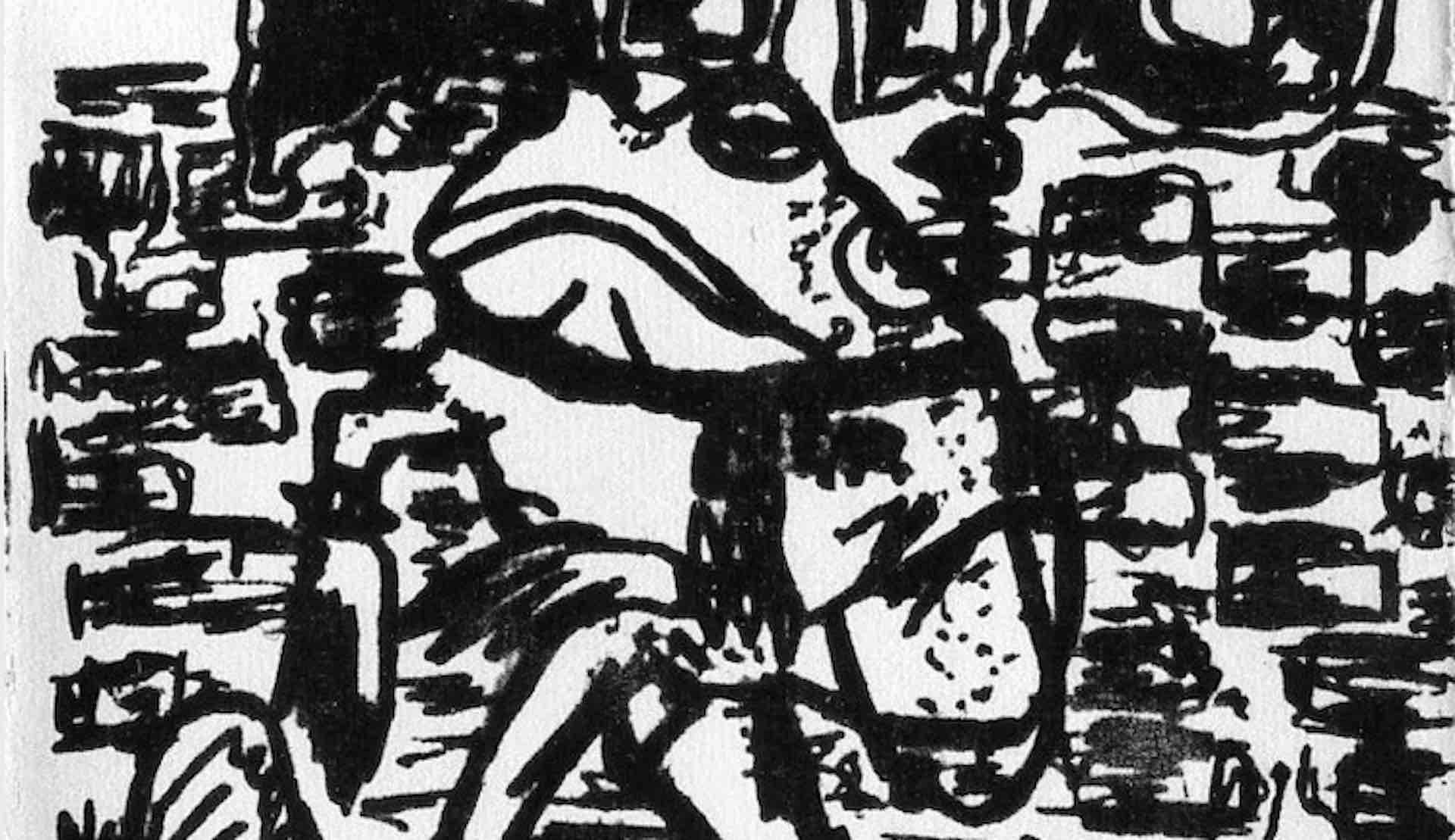 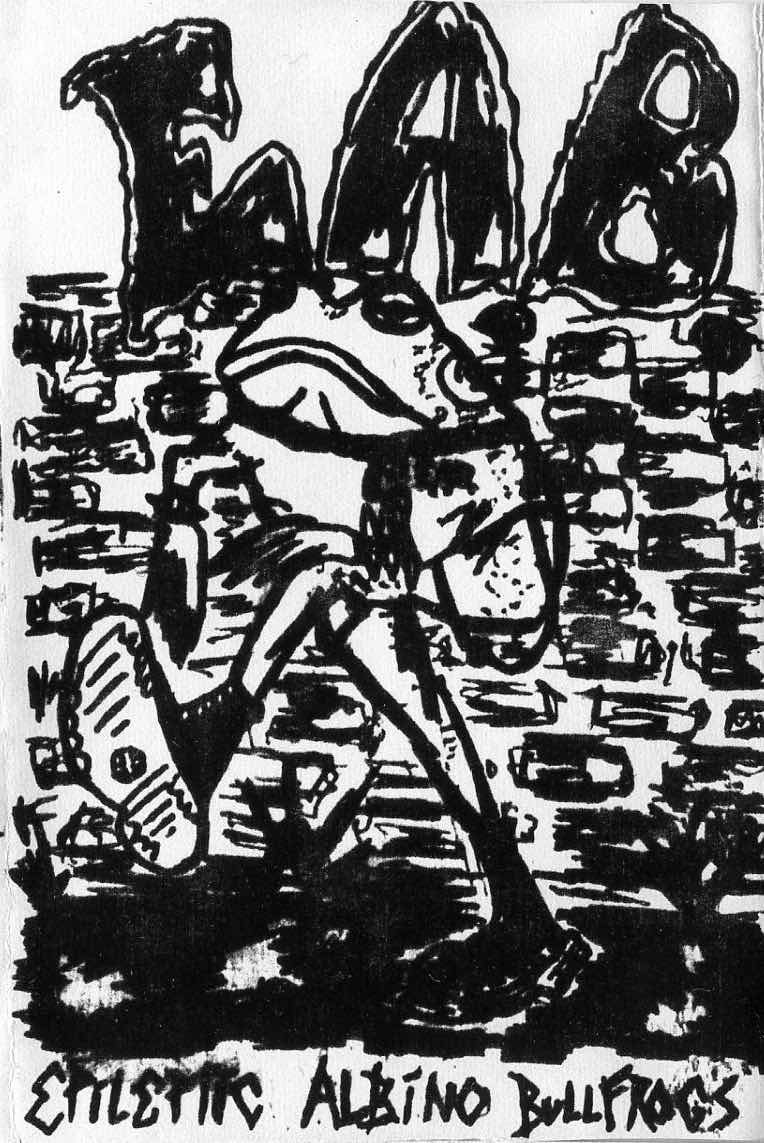 EPILEPTIC ALBINO BULLFROGS  — ’87 demo tape
EPILEPTIC ALBINO BULLFROGS is a hardcore band from Philly. Their line-up consists of Steve Spagnuola on vocals, Scott Helig on drums, Bob Belcher on guitar, and Rob Lipschutz on bass. They’ve been getting a lot of exposure by playing local shows, and appearing in some zines (including TS #1).
EAB demo ’87: This is the long-awaited demo from this up and rising local band. I’ve watched this band grow and progress musicaily, and this eleven tracks affair offers a good, fairly tight harcdore sound with some decent lyrics. The first song, “Death Mobiles” (about poorly-built cars), may deceive you because of its “metal” sound. But E.A.B. are not metal, even though their music has a distinct heavy edge. Anyway, “Criminal at Large”, “Sinful Past”, and “Keep The Scene” are among the best songs here. At only $2 in the U.S. and $3 elsewhere, this tape is a real bargain. [MICKEY]