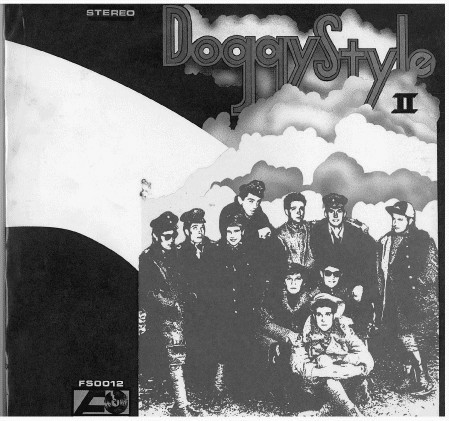 DOGGY STYLE — “Doggy Style II” LP
When the original DOGGY STYLE broke up and Brad X and Lou Gaez left to form DOGGY ROCK, they're-formed with an added guitarist and a new drummer and singer. And with this change, they’ve improved dramatically. After taking a close look at their first album, which I enjoyed very much, it seemed very limited and restricted, both musically and lyrically. Just melodious thrash. But on “Doggy Style II”, they seem to ignore their whole past, and appear with a new style. They are much more mature, and it shows. They delve into slower, more melodic, but still powerful music. Each tune is very original, different from the next, which makes it an album which one is not easily bored with. I admire their willingness to be adventurous and not stick to the same limiting three chords. 18 long tracks too. What a bargain! (FLIPSIDE RECORDS) [MICKEY]