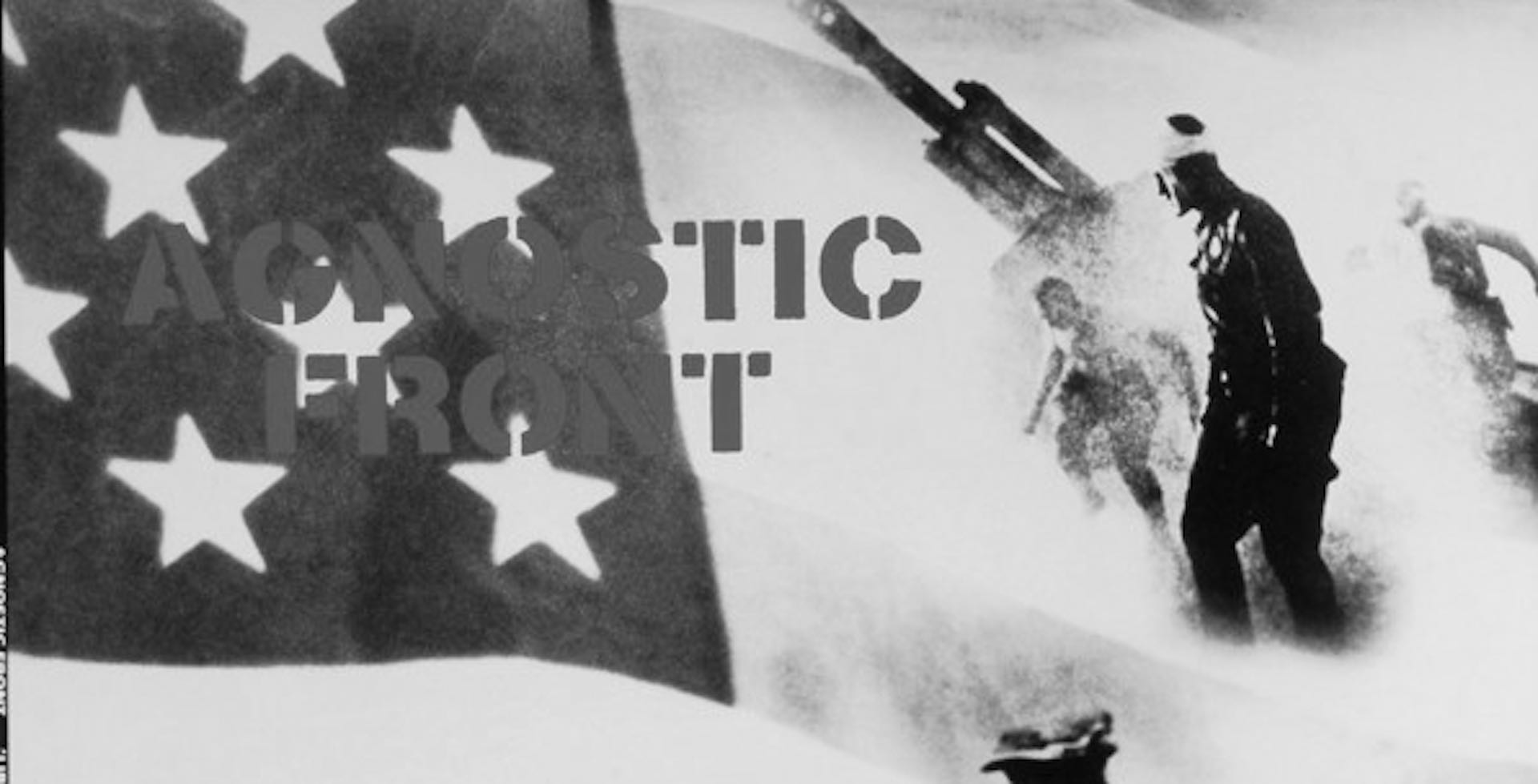 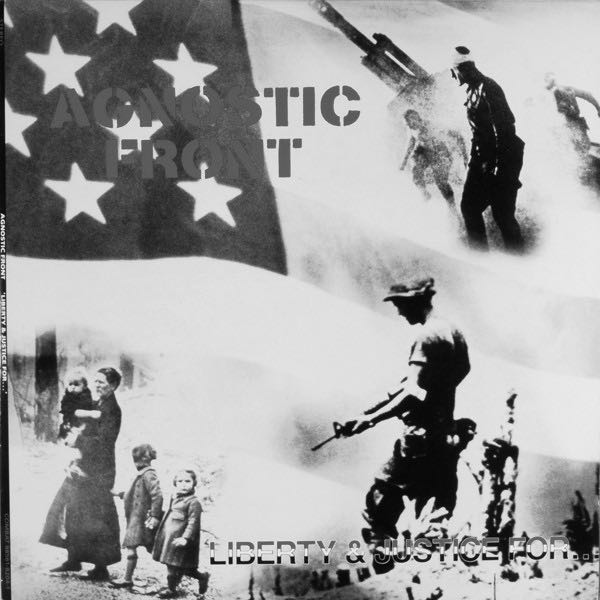 AGNOSTIC FRONT — “Liberty and Justice For…” LP
Musically, this album is more like “Victim in Pain” than “Cause for Alarm,” which is a good thing. But something has been lost along the way. Roger Miret’s vocal style has changed it’s a little rougher and he growls the words all too often. It’s not bad, but he was much better when he just sang/shouted. Look, this is an alright album, but it pales in comparison to the other two. It’s just not as good, but I can’t figure out why. [TONY]