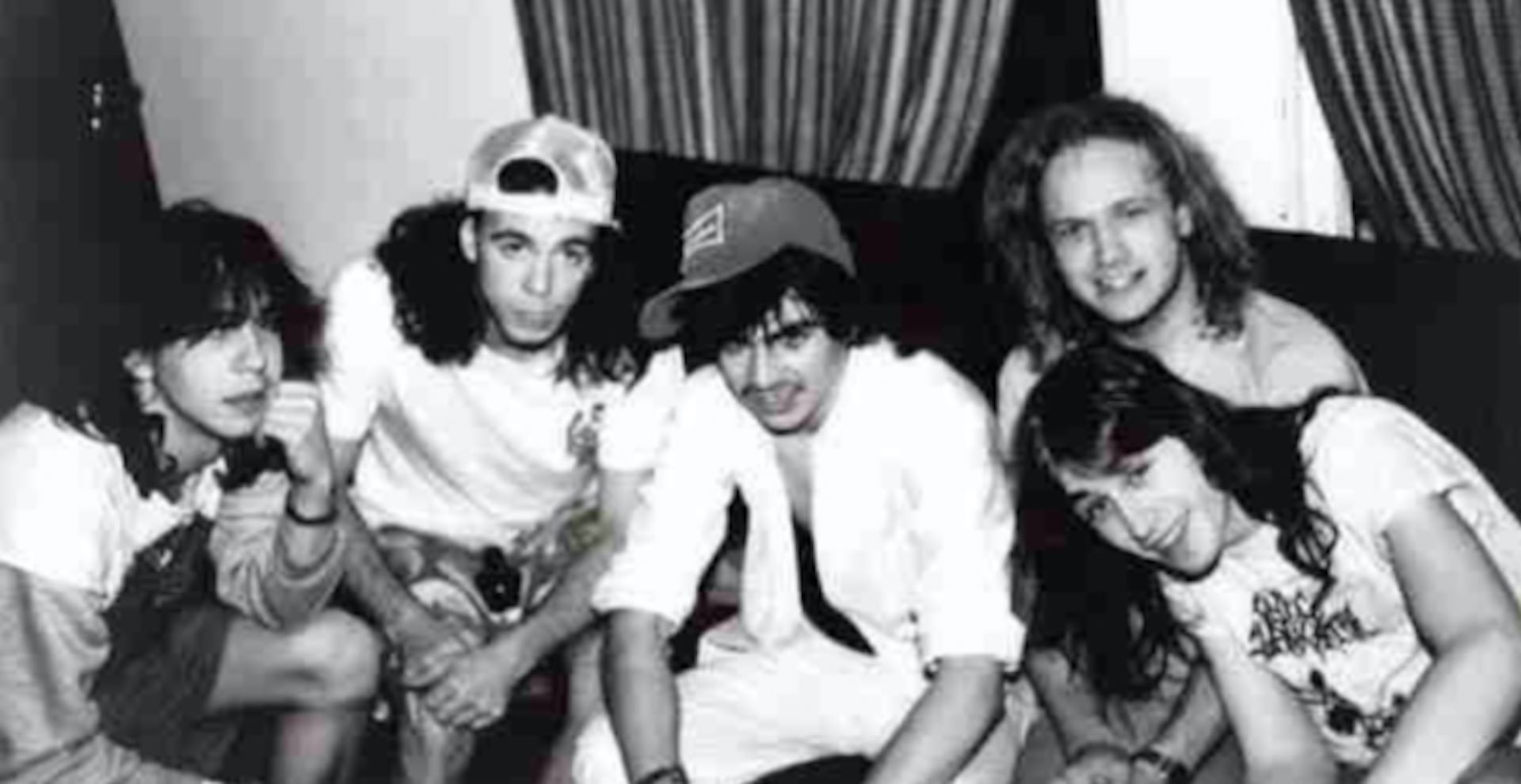 WEHRMACHT is a thrash band with talent and originality especially in the fact they avoid "stupid" lyrics. They've been making a name for themselves for both their excellent music and drunken antics. They recently released their debut LP "Shark Attack", and have just returned from a tour with CRYPTIC SLAUGHTER. Here's an interview with party reptile Brian Lehfeldt.

How long has the band been together?
Since July, 1985.

How and why did you get together?
We all met in an alcohol abuse treatment center. We found the need to do something fun when we were bored, stoned, or drunk.

What do you think of crossover?
It's cool. I don't really like bands that "crossover" to be cool though.

What message do you try to convey in your songs?
Well, you'd have to read our lyrics to see what we convey. We hate preaching. Things that inspire our lyrics are having fun, beer, being depressed, pot, our messed up world, and things that happen to us.

What have you been up to lately?
Drinking arid seeking ganja. We also just got back from our tour with CRYPTIC SLAUGHTER. It was a blast! We've been writing new songs.

What influences the band?
Some of our influences are pot, beer, old KISS, and our messed-up government and society.

What's the scene like in Portland?
Cool, but like all the other "scenes", we have problems with people who break the bathroom mirrors and stuff that causes the clubs to close down.

Are you guys politically active?
Yes to a point...
What are some of your views?
...but we don't like preaching, you know. Let's just say that we think American society is a bunch of close-minded redneck Nazis. We are NOT pro-America. We don't like Reagan.

Tell us about the album.
It's finally out! It's Called "Shark Attack" and is out on New Renaissance {U.S.A.) and U.S. Metal (Europe). Chck it out!

How do you feel about metal bands who write lyrics concerning Satanism, death, and thee occult?
Metal lyrics suck! So does a lot of the music that goes along with all that death / Satan / goblin / 666 / witches stuff. Don't get me wrong, we do like some metal bands.

What the craziest thing that happened on tour with CRYPTIC SLAUGHTER?
The whole tour itself was crazy! I puked several times during songs and kept playing. That was lots of fun - but it really doesn't compare with some of the other times that happened, you know.

What merchandise do you have available?
None right now. Just our album. But write to us anyway and see if we do. Please send return postage - we are poor. Seriously.

Do you have any advice for young thrash bands out there?
Drink beer and be free. Actually, just do whatever you want. The scene doesn't need any more close-minded people. So look out.

What's next for WEHRMACHT?
A keg this weekend! And trying to spread our name around...

Any last words?
Please check out our LP "Shark Attack". It's available on New Renaissance and is distributed by Important. Thanks a million for the opportunity for this interview!