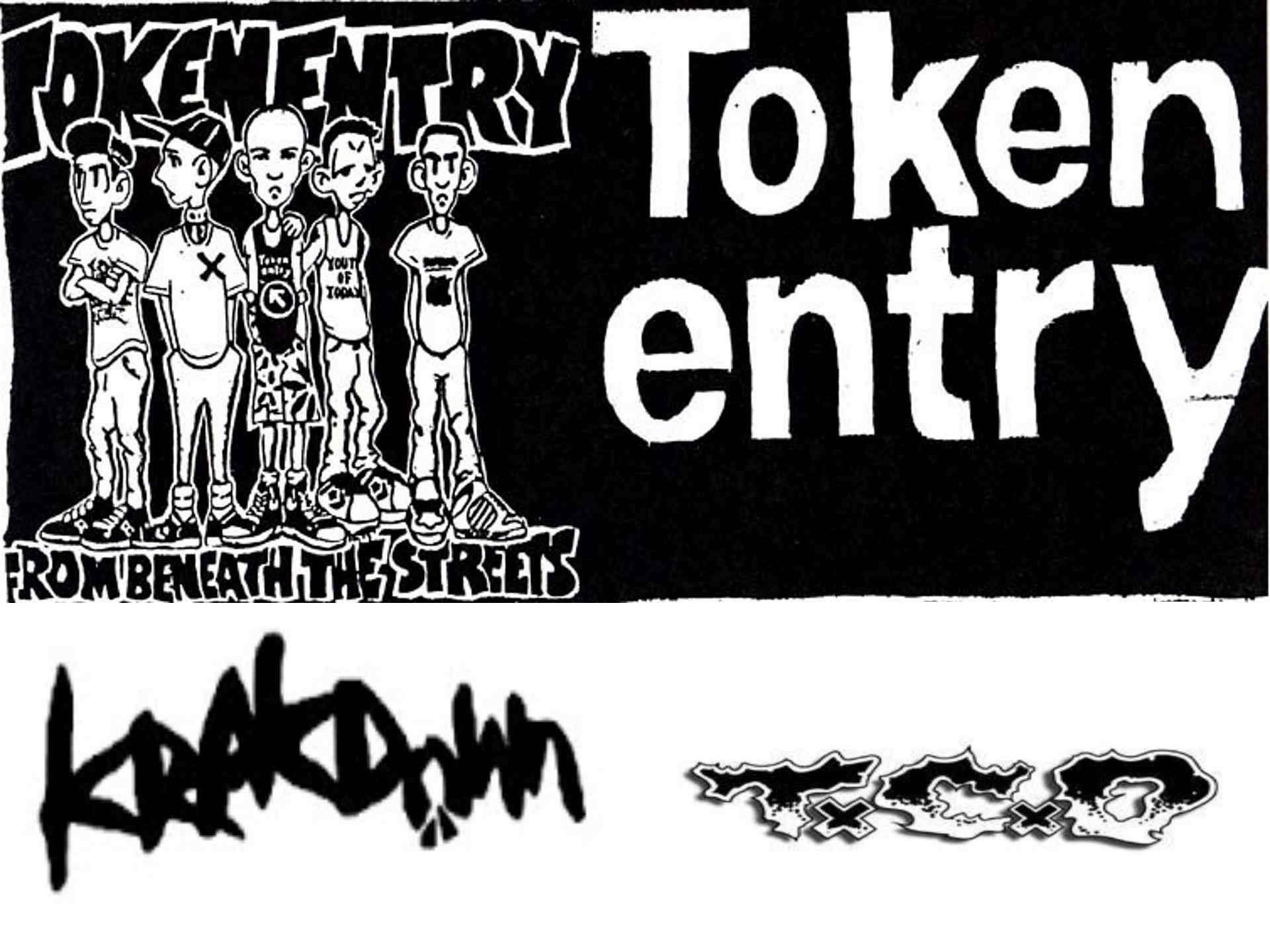 NOT DEAD YET was originally scheduled to play, but they cancelled a few days before and I.N.R.I. played instead. I did not get to watch then play because I arrived fashionably late (yeah, right – I got lost trying to take a short cut from Sean’s house).

Luckily, 1 got there just as THE CORRUPTED ONES began their set. T.C.O. were really cool – tight, melodic thrash with sing-along lyrics. Hopefully, we’ll be seeing and hearing more about this hot local band.

Up next were TOKEN ENTRY’s special guest from New York, KRAKDOWN. These guys play the same type of hardcore that TOKEN ENTRY has mastered, but they are also rather original. They threw in some slow parts – not moshy slow parts, but enjoyable slow parts which really gave them a chance to show off their talents on their respective instruments. KRAKDOMN were pretty good – I’m sure you’ll see them on vinyl pretty soon.

The highly anticipated TOKEN ENTRY began their set with Revelation and the club, which was surprisingly only half full, went nuts. Their whole set combined their fantastic musical capabilities and their incredibly energetic performance – they were all over the stage! About three quarters through the set, there was a small technical difficulty, but no one minded because Timmy, the singer, filled the time with his version of the beatbox.

TOKEN ENTRY’s great set was quickly followed by an encore consisting of two covers: MINOR THREAT’S *Salad Days’ and 7 SECONDS “New Wind”. These were especially good because the crowd did most of the singing.

Aside from the fact that I had seen three great bands, this show was also good for a few other reasons. Like the fact that the club was not crammed to capacity (but I hope Chuck covered expenses). Also, the show was on a Sunday afternoon when there’s nothing else to do) from 4 to 8 and the door price was a very reasonable $7. I hope Philly scenesters don’t take great shows like this for granted.