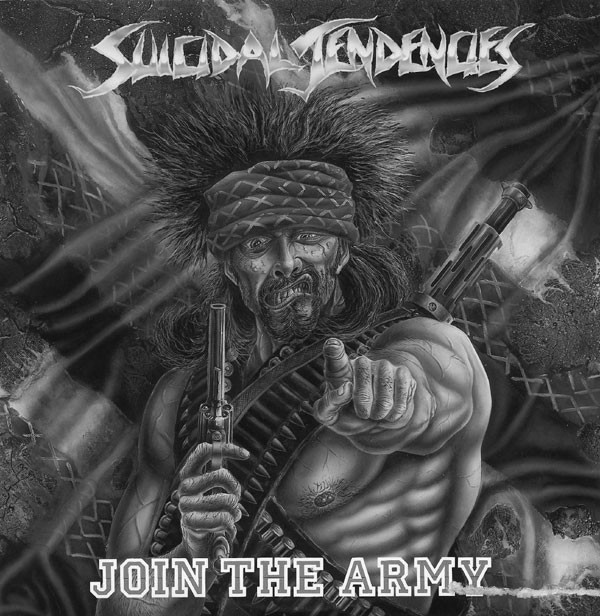 SUICIDAL TENDENCIES — “Join The Army” LP
The long awaited follow-up to their highly successful debut album shows us a very polished band. The first track, “Suicidal Maniac’ is a fast burner (the best song on the album) with vocalist Mike Muir often sounding like a refined Roger Miret of AGNOSTIC FRONT. The title track is a pseudo-rap that seems to be trying to start a fad. Aside from "War Inside My Head” and “Cyco” the rest of the tracks sound like new wave tunes with a slightly heavy edge and Mike trying to do his best Ray Davies imitation. All in all, this album isn’t that bad – just don’t expect the same “cycos” from the classic first LP. [TONY]