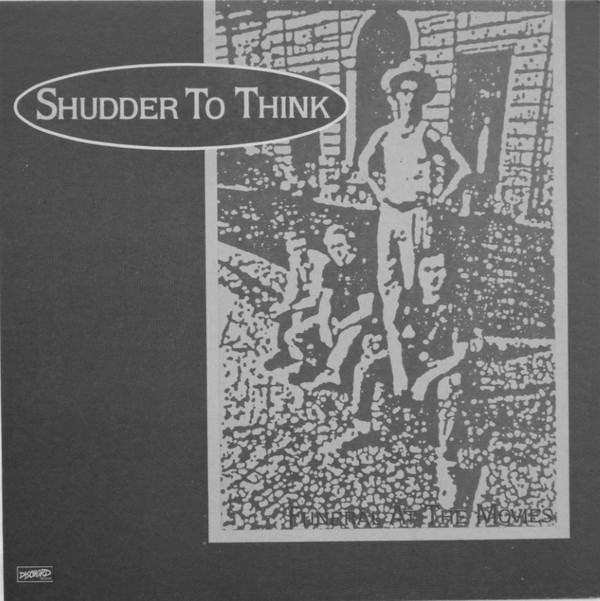 SHUDDER TO THINK — “Funeral at the Movies” EP
SHUDDER TO THINK won me over when I first heard their debut EP, “It Was Arson.” Since then, they have progressed admirably, both musically and lyrically. The poetic lyrics are sung in the band’s trademark floating, ethereal manner, with falsettos and bizarre notes being hit throughout the album, and I actually felt the complex, layered guitar in my stomach. Powerful and thoughtful, some songs on this release are actually beautiful. This record sounds especially pleasant on CD, where Dischord packages it to include “Ten Spot,” one of last year’s best releases. (Dischord Records) [MICKEY]