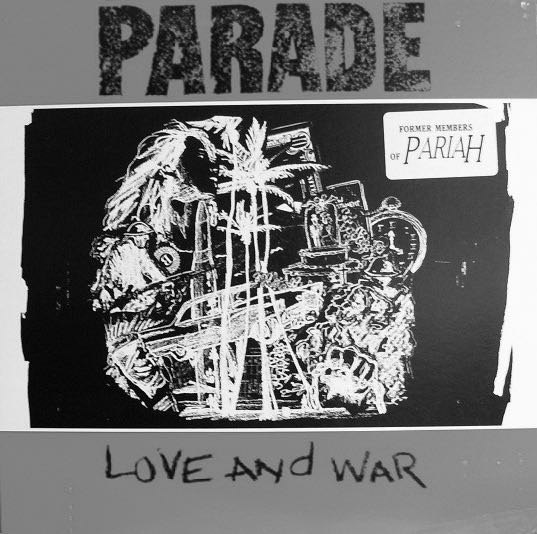 PARADE — “Love and War” LP
From two former members of the punk band PARIAH comes PARADE. I don’t really know how to describe PARADE’s sound: maybe post-punk power pop is most accurate. Very mellow and accessible. The vocals of Ray Lujan are smooth and refined, sometimes reminding me of Geddy Lee (RUSH), though not as high, and they blend nicely with the equally smooth music. The first time I listed to it I wasn’t really crazy about it, but it held my interest enough to listen again. With the second and all following listens, it really appealed to me. Moody and pensive the lyrics deal primarily with personal topics. Since I don’t limit myself to just one type of music, this album is a welcome change from the same old stuff. A fine LP. [TONY]