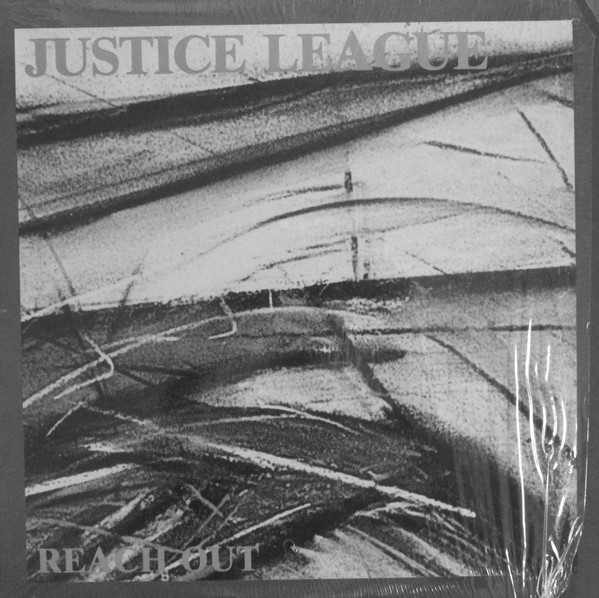 JUSTICE LEAGUE — “Reach Out” EP
JUSTICE LEAGUE, one of my favorite bands, kicks out another 12″ (their second). A little old- HUSKER DU-ish sounding now, they are getting much more powerful and mature in their sound. They’re very nice guys, who really know how to rock hard. A great band who should now finally gain the recognition which they’ve earned. But guys, you are walking the HUSKER DU thin line. Don’t whimp out, OK? (Positive Force) [MICKEY]