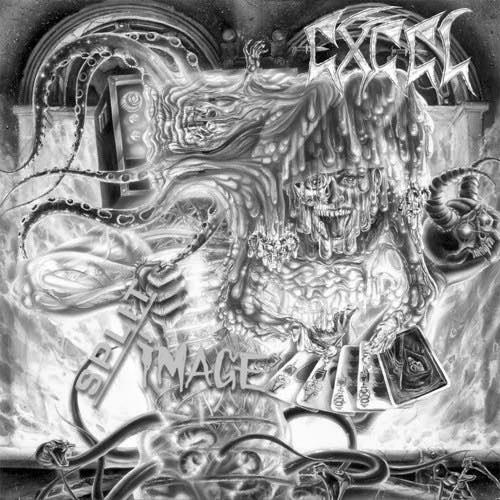 EXCEL — “Split Image” LP
This Venice, Cal, band has been around for a while, but this is only their first LP. Ten selections of powerful hardcore with a strong metal influence. Each song has a lot of music but it’s not wasted on endless guitar solos, but on some cool rifting, sometimes reminiscent of early METALLICA. The vocals are cool-kind of like Mike Muir of SUICIDAL TENDENCIES who by the way, is the executive producer of the Suicidal/Caroline Records release. The (lyrics are mostly personal lyric sheet is enclosed, thank God!) I’ll admit that the first time I gave this a spin, I wasn’t too crazy about it. But by the second and third time, I really started to dig it. (Suicidal/Caroline) [TONY]