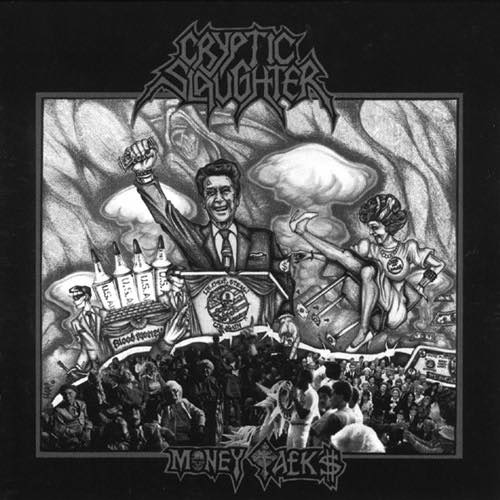 CRYPTIC SLAUGHTER — “Money Talks” LP
I really liked this band’s first LP for its power and the fact that there were often several rhythms in each song. Now, with their second LP, they keep all of the positive qualities of “Convicted” while showing a certain progression; that is, it’s not the same old stuff rehashed. They have even added a brief guitar solo to two or three tracks which are done in a skillful way as to keep it from becoming boring. Lyrics deal with politics, world/national affairs, and personal politics. A very good album. [TONY]