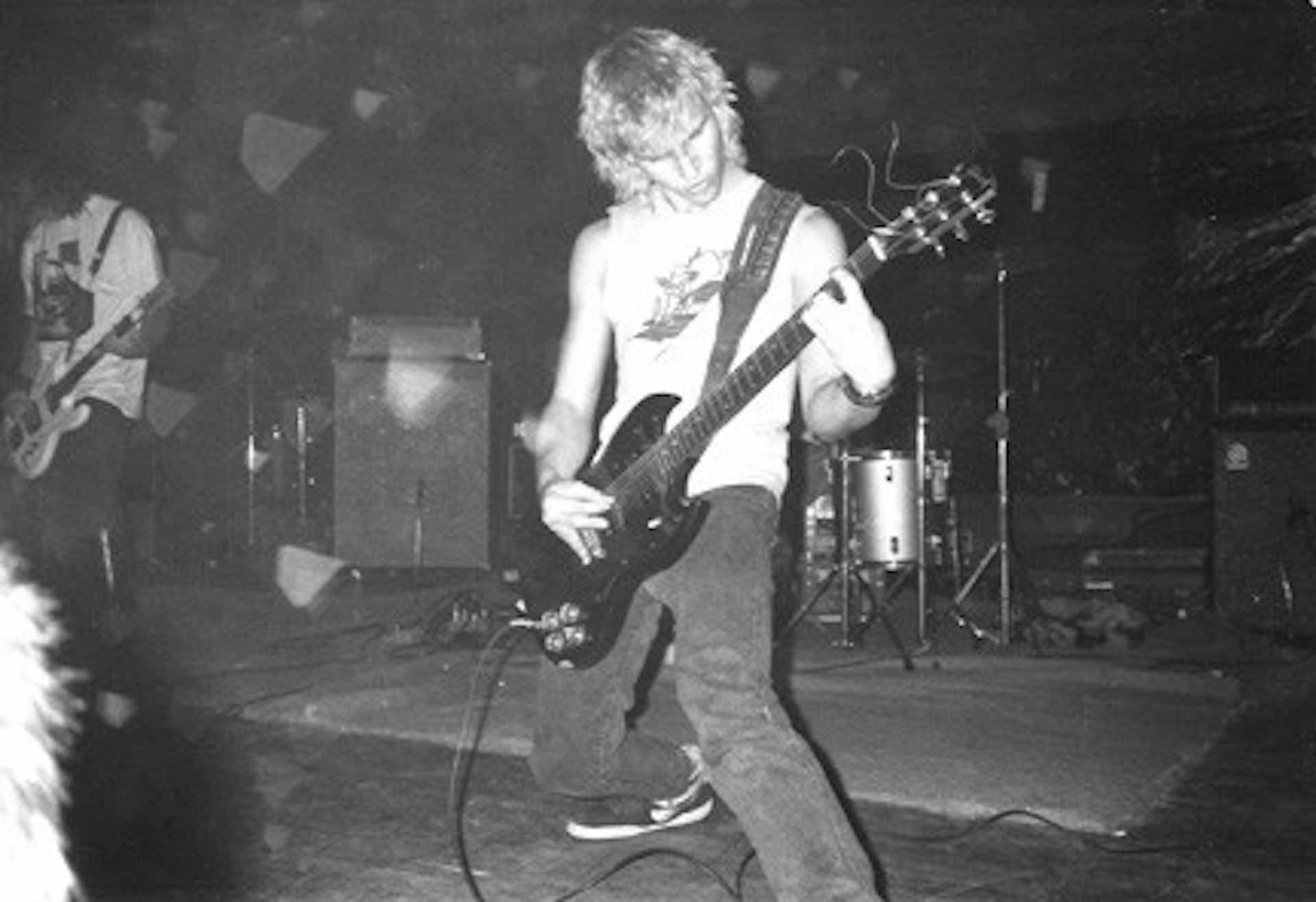 LOOKING BACK: When given the choice, we interviewed bands when they played in the Philly area. Fortunately, even bands that had no plans to come through were very responsive to exchanging physical letters, as most thrived via mail order sales of their demos and EPs. This band also gets bonus points for injecting some levity into the answers to our mostly vanilla questions.

BORN WITHOUT A FACE

BORN WITHOUT A FACE are a strange hardcore outfit from Michigan. While such sources as Flipside has labeled them "speedcore", we consider them to be loud, echo-ish, hardcore with some metallic tinges all combined to form a interesting yet eerie sound. They have two EP's out. Here is the enigmatic BORN WITHOUT A FACE.

What has the band been doing lately?
Giving the record away to people named Vern, and disintegrating.

What inspired the bizarre name BORN WITHOUT A FACE?
Trying to make noise as middle class honkies in middle American nowhere. 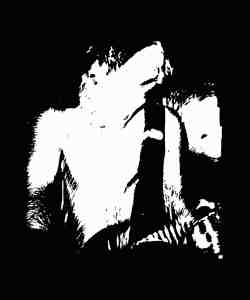 What bands do you listen to?
Today, I listened to THE GERMS, THE LINKLETTERS, and Sonny Rollins. Presently, I'm listening to the bastard downstairs shouting "Springsteen's god!" as he cranks up "Born to Run" and washes his prosthesis in the sun.

What's a typical BORN WITH0UT A FACE gig like?
I rarely see the audience, and if my hair is sufficiently long, they rarely see me. We've never thrown liver, pig heads, or Ball Park franks at the audience.

Describe one of your favorite shows?
A good one took place in a crowded and. condemned veteran's hall in sweltering midsummer. The fans didn't work and the windows wouldn't open so it was too hot to move. The crowd had to take the noise in the face and drummer tried to pass out, but we prodded him with our headstocks and made him finish the set.

What's or\ne of the weirdest things that ever happened at a show?
BORN WITHOUT A FACE was arrested for disturbing the peace during a show in Musegon, Michigan. The charges were thrown out of court since a couple hundred people had paid $4 to listen to the band "disturb the peace".

I can't find your first EP in stores. Is it still available?
There were only 500 made and we gave far too many away to girls named Alex.

How would you describe your music?
This kid with a Jughead cap kept asking me "So, you guys are metal or hardcore or punk or what?" And it seemed to infuriate him when I kept answering him "It's like BORN WITHOUT A FACE. We're about to start, why don't you see for yourself?"

What is the song "Undertow" about?
Turning 22 years old in a place that's no place for a 22 year old to be. Your own pores can do you in if you stay long enough to soak up a place like that.

Tell us about your scene.
There are a few scattered diehard bands in Michigan who kept at it, but shows are sporadic and there are too many dress-ups who seem to exist in order to buy big boots and MISFITS t-shirts. "The only good thing about skinheads is that they're biodegradable" said Reed Mullin when C.O.C. played Detroit, after the show was again interrupted by the Fightin Clownskulls. JIM JONES AND THE KOOL AID KIDS is one of the few bands in Michigan who are touring and recording regularly - they give us coffee cake and we give them double chocolate Sigmund Freud birthday lump cake. 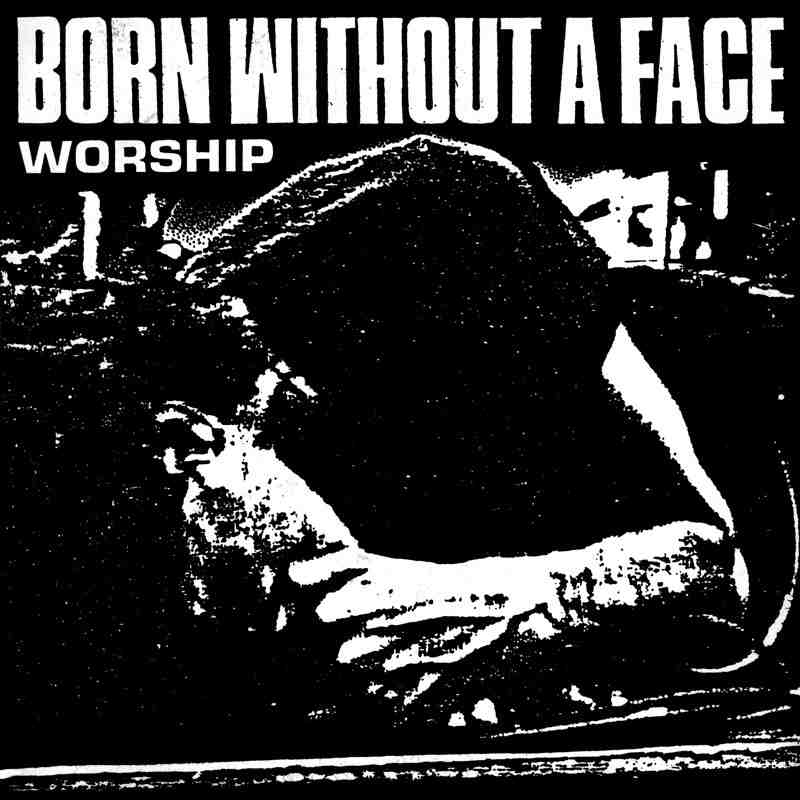 Any thing weird about the members of BWAF?
Of the five members in the band, only one, the drummer of course, has an "outey".

Do you plan to come to Philly soon?
Unfortunately, no.

What gets on your nerves a lot?
Don't get me started ...

Are you influenced by anything else besides hardcore and thrash?
Anything vital, from THE BIRTHDAY PARTY to Miles Davis.

What are the plans for the future of BORN WITHOUT A FACE?
I hope we'll have the sense to die when the heart is gone.

Any final words?
Thanks for taking the time to write.

BORN WITH0UT A FACE'S 4 song 7" EP "Worship" is available for $3 ppd. Write to them for other merchandise info and in case you want to ask them if they're "hardcore or speedmetal or punk or what?"