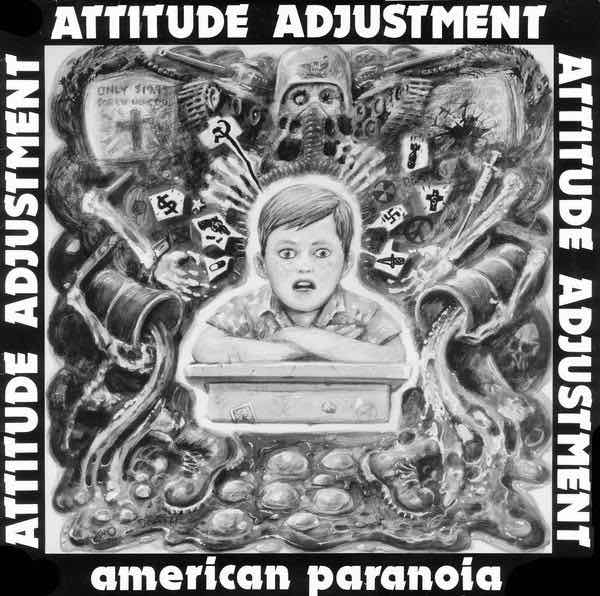 ATTITUDE ADJUSTMENT — “American Paranoia” LP
Straight-edge thrash? Whatever it is, it’s great! 16 incredible tracks played with ferocious intensity. “Grey world”, “Johnny”, “Warfear” and the title track are among the best songs (although every song on this LP is good). Since this album, I heard that the band has separated, and some members have formed CONDEMNED ATTITUDE while the others continue A.A. with a slightly different lineup. [TONY]