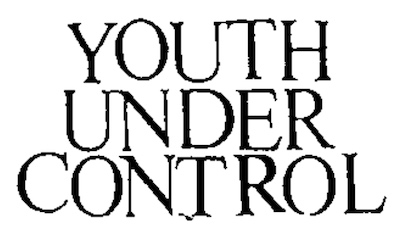 [LOOKING BACK: I was borderline smitten with straight edge/youth crew bands. Probably because these bands were all kinda relatable to me. Cleancut kids who had a fairly optimistic view of the world and who didn’t party. Before this I always felt like a true “poseur” in the scene. That’s why there was a preponderance of sXe bands in the pages of our zine. It’s also why I asked the question, “Are you straight edge?” to so many of the bands I interviewed. I honestly don’t even remember hearing a single track from Youth Under Control, but they checked all of my boxes: Giant X’s on their hands. Big hoodies and sneakers. “Youth” in the band name. Here’s an interview with their guitarist Jason Peterson. (Jason, along with his YUC bandmates, ended up forming the memorable late-80s straight edge band Wind of Change.) – Mickey]

YOUTH UNDER CONTROL is another great band from Arizona who, like LAST OPTION and DESECRATION, stand strong for what they believe in, which in this case, is straight edge. Here’s an interview with Jason, Y.U.C.’s guitarist.

Is this the first band for all of you?
Yes, except Al-x played guitar for a band called CHOICE OF DIRECTION.

How long have you been playing guitar?
Three years.

Who writes the music and lyrics?
Everyone adds to it, but mostly it’s Jason, Jim W., and Al-x.

Who are your influences?
DYS, SSD, GRAY MATTER, BACK TO BACK, INSTEAD, LAST OPTION, NYC MAYHEM, and SLUGGO. Anything that has feeling to it.

How would you describe your sound?
I dunno… mosh!

Any plays for a demo?
Well, we have a 10-song demo called “Live and Learn.” The tape is getting kind of old, but our second demo will be much better. It will be out in a month or two.

I know you’re all straight edge. How do you feel about those who aren’t?
Yeah, we’re all straight edge, but that’s everybody’s individual choice. We’re not going to put anyone down. We’re give our opinion, and they have theirs. A lot of our good friends drink, and that’s their choice. Just don’t put us down ‘cause we’re straight, because we won’t put you down if you’re not.

Do you consider yourself a positive band?
Well, we always try to look toward the positive side of a situation.

Do you believe in anarchy?
I don’t think humanity is ready to handle the idea, but I think it could work in time.

How many shows have you played? Has the reaction been good?
We’ve played about ten or so. The last few shows have been great!

What’s your scene like?
The best bands are DESECRATION and LAST OPTION. We’re putting on our own shows, so they’re cheap. Also a note to bands: DO NOT play Prizms! It’s a total capitalistic club! 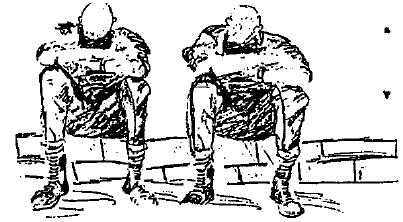 Is unity in the scene possible?
Yes, but there’s always a few bad apples. But you have to stand against them. Lately, there has been the white pride skins in Mesa (AZ), and that pushes us a step too far. So we’ll see what happens.

What are your future plans?
We’re playing in Los Angeles on July 24. We also want to put out an EP as soon as we find a label. We would like to tour next summer, possibly over Christmas.

What merchandise do you have available?
We’re sold out of the first demo. Two-sided shirts are $4 ppd. Stickers and info are free.

Any last works?
Stay true to all your choices. Back to back, bros.