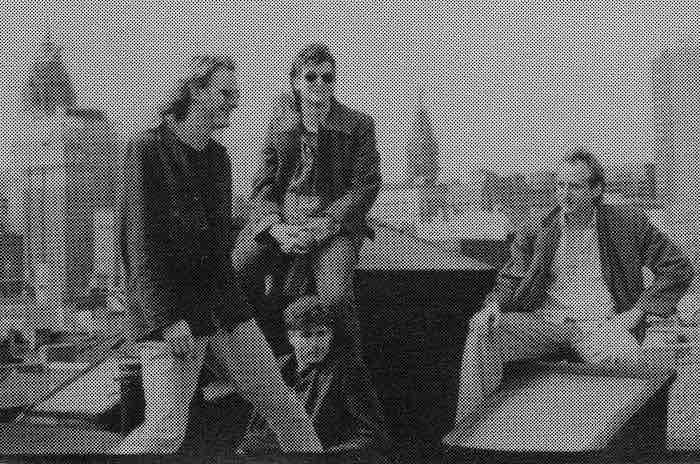 VAN GOGH’S EAR is a Philly band that has been playing out live for about a year and a half. They are self-produced and managed and are about to go into the studio to make a better-quality tape of another album’s worth of material. Of course, they want to release an album, but they don’t have the funds – isn’t that everyone’s problem these days? They are considered a great band to see live due to Aruna’s (vocals) energy and inability to stand still.

“Pop with an edge” is the way my roommate described these guys. And that’s the best way their sound can be described. This tape of incredibly high quality shows us a band with enormous talent and promise. Their mainstream melodious sound should appeal to many – but they’re definitely not hardcore and they’re far from punk, too. They’re… well, pop with an edge. And they’ve put out the best demo that I (Mickey) have heard yet! $4 to 10002 S. 49th St., Phila., PA 19143. [MICKEY]