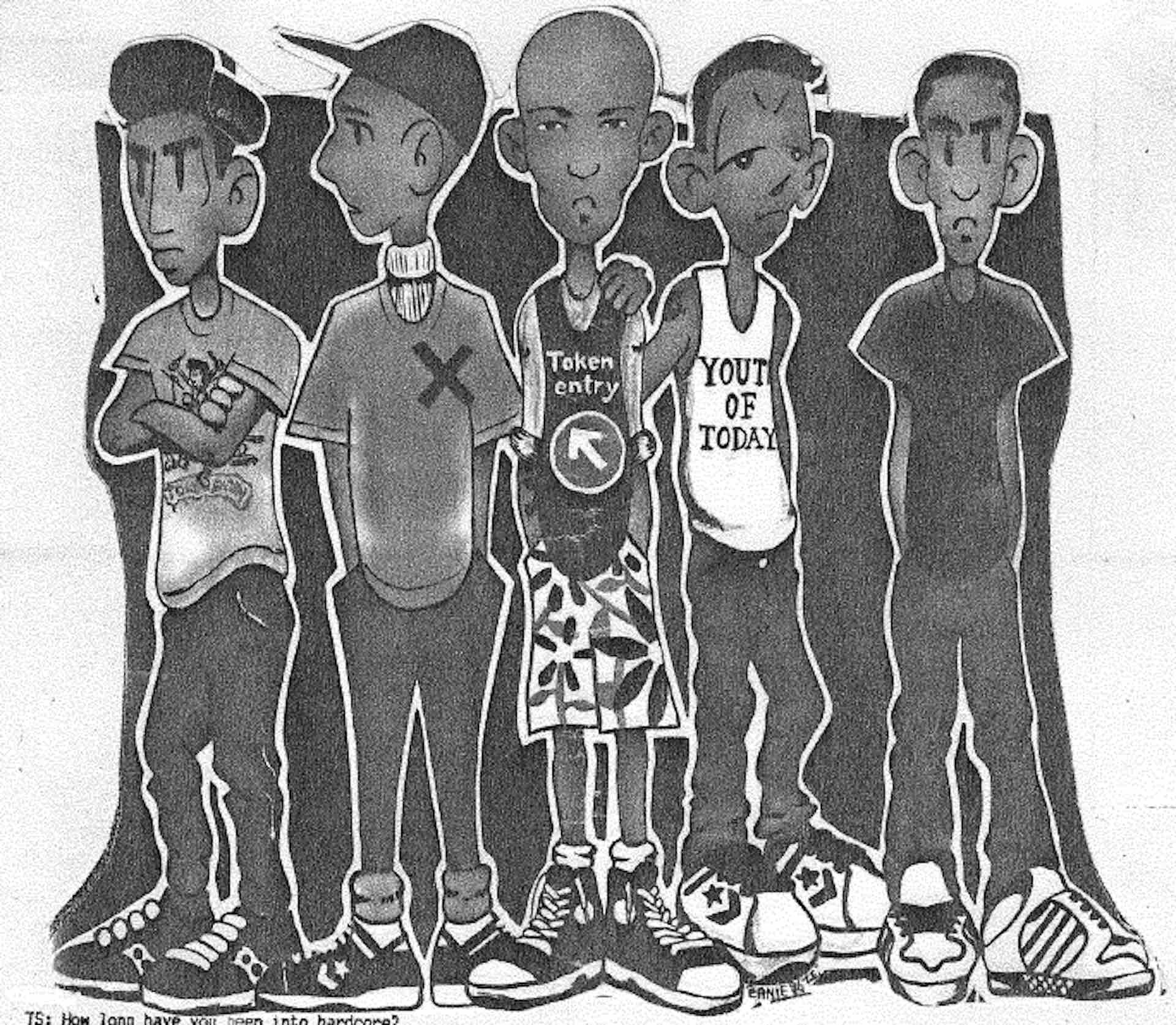 TOKEN ENTRY is a fantastic young band from New York who have recently released an incredible debut LP, "From Beneath The Streets" (Positive Force), Luckily, they did a show in Philly a while back and I got the chance to talk to the bassist, John, who is one hell of a guy.

What is the current line-up?
Timmy is on vocals, Arthur and Mickey on guitar, Ernie is on drums, and I'm the bass player, Johnny. 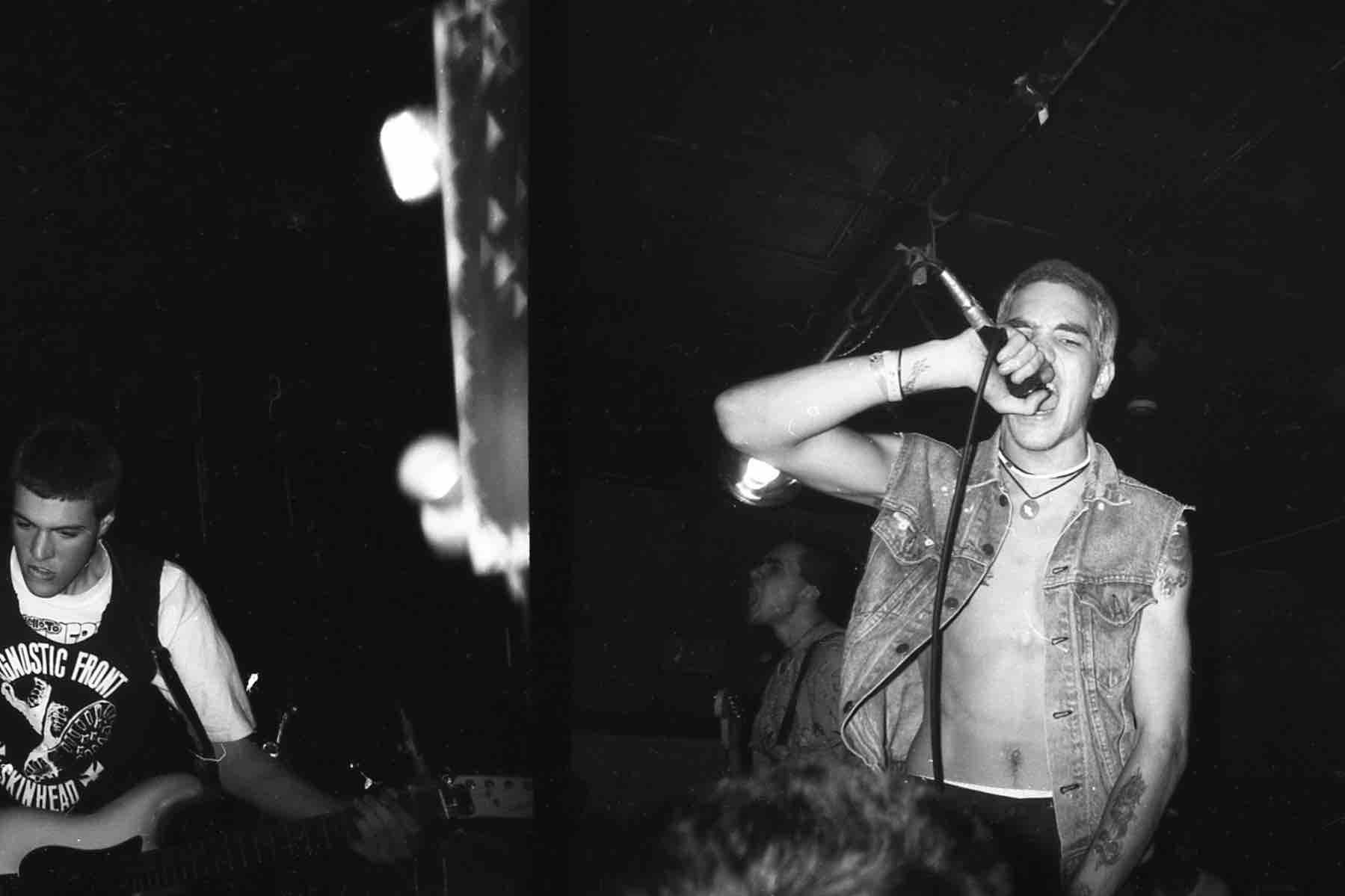 How did TOKEN ENTRY form? Were any of you in other bands?
Yeah, me and Ernie had a band called GILLIGAN'S REVENGE. And with the downfall of that band, Mickey came along and we started TOKEN ENTRY.

How do you like the way your first albums came out?
We're pleased with it. It's going to be re-mastered soon. You know, we're going to get a better mastering job so it will sound a little better.

How has the response been to it so far?
The response has been great. We sold seven thousand - I think that was our first pressing.

Which members of the band are straight-edge?
Arthur is straight edge - well, not really straightedge. You know, we all have our own beliefs and all. But I guess you could call his straight-edge.

Do you drink or do drugs?
No, I don't do drugs. Nothing like that. No one in the band does drugs.

Are you guys on tour right now?
No, we just came up from New York City to do this show.

Do you have a tour planned?
Yes. In the winter, probably on the West Coast. And next summer, a full-fledged tour of the U.S.

What did you think of the show tonight?
I thought it was really cool. Really cool. I liked it a lot.

What bands influence you?
We like everything from MINOR THREAT to BLACK SABBATH, and whatever in between.

Are you influenced by any non-hardcore/thrash bands?
LED ZEPPELIN, BLACK SABBATH, stuff like that.

How did you get signed to Positive Force?
We were out on the West Coast last year where we did a mini tour, and we played with 7 SECONDS, and we were talking to him (Kevin Seconds) about the tape he got (from us). He was happy to see we were interested, and we were happy he was interested. And Ernie was playing for UNDERDOG for a while - he was sitting in because they lost their drummer. So, they (UNDERDOG) played with 7 SECONDS and Ernie got talking to Kevin, and that's how we got it. 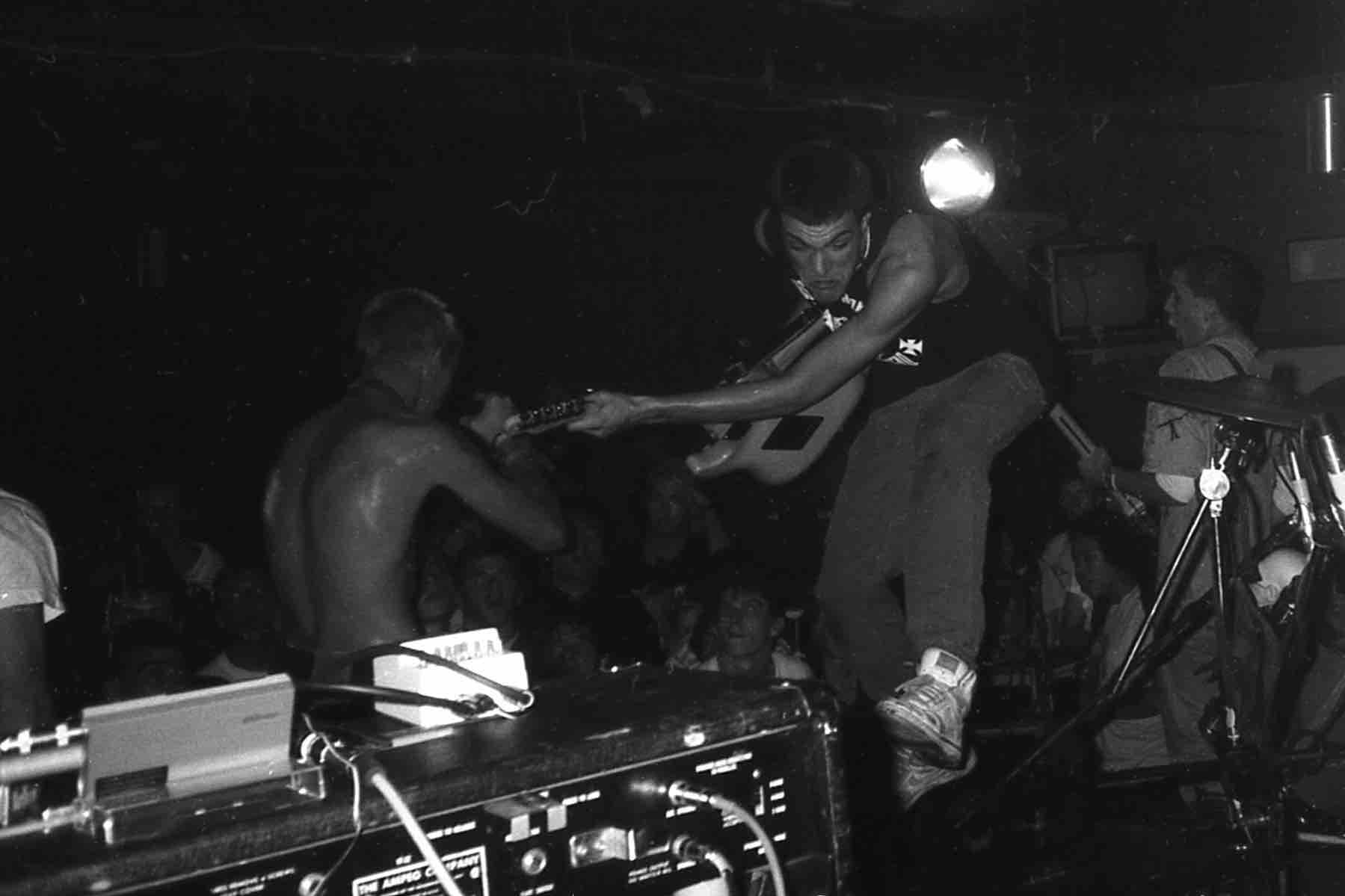 Were any other labels interested?
We had a few talks with some bigger labels, but there was just contract hassles and all this money shit, and it was just a pain in the ass.

Do you like the contract you have now?
Yeah. It's very good.

How long is it for?
We can drop out whenever we want. So, it's a great contract. We're going to do another record in the spring.

Have you noticed any changes from then to now?
Yeah. The music has gotten a little more complicated and the people have changed. Like, back in '81, everyone was dressed in black and they were dismal and everyone was just down on everyone else. It wasn't a positive thing. Now, people are together, standing strong, you know?

What do you think about crossover?
I'm not too hip on it. I mean, it's cool, but I'm not that much into it. It's alright. Some bands I like a lot.

What do you do in your spare time?
I work mostly...

What type of work do you do?
I'm a tile-setter. In my spare time, I just hang out, play my bass, and listen to records. You know, normal stuff.

Would you sign to major label?
It depends on if we would be able to do what we want. A lot of the bands just lose touch with the real fans. If we did ever do that, we'll always know where we came from, we'll always relate to the scene. A lot of bands get signed to a major label and they just disappear or they stay hidden. We'll always be active in the hardcore scene.

I know being in the band takes up a lot of your time, but does it interfere with your personal life (like family, friends, etc...)?
Sometimes, in a way. My family understands what I'm doing and stuff. It more interferes with work than my personal life. I try to work around it.

Did your parents give you a lot of support?
In the beginning, they didn't. But then they saw I was really interested in music and now they're behind me one hundred per cent.

What's the scene like where you live?
There are a lot of shows and a lot of new bands like KRAKDOWN, SICK OF IT ALL, and the NY HOODS. The scene is really coming together. A few years ago, it was kind of lame. Everyone was on their own trip. Now everyone's sticking together. 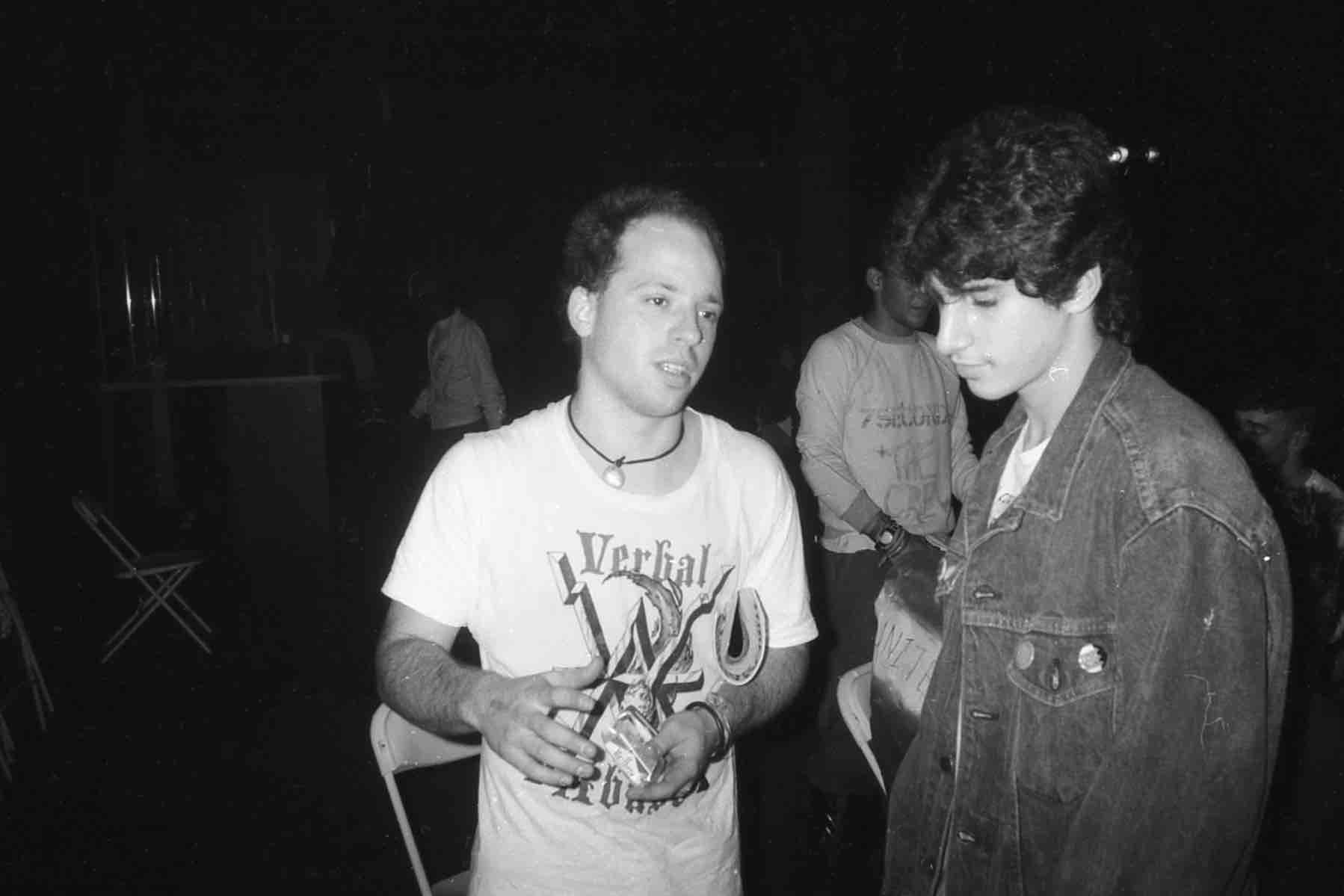 Do you believe in unity within the scene?
Yeah, I do. Everyone has to stick together to make something work. If you don't stick together, everyone's going to be going in different directions, and you have to have a direction of where they want to go and what they want to do.

TS: Any final words?
Just do what you want and let people do what they want. Respect other people and respect yourself.

TOKEN ENTRY can be reached at 26-30 30th St. Astoria, NY 11102. John assured me that, even though they are kind of slow in getting to it, they try to go through all the mail. TOKEN ENTRY is a band that has to be seen to be believed. So, if they play a show near you, you really have to go see them.