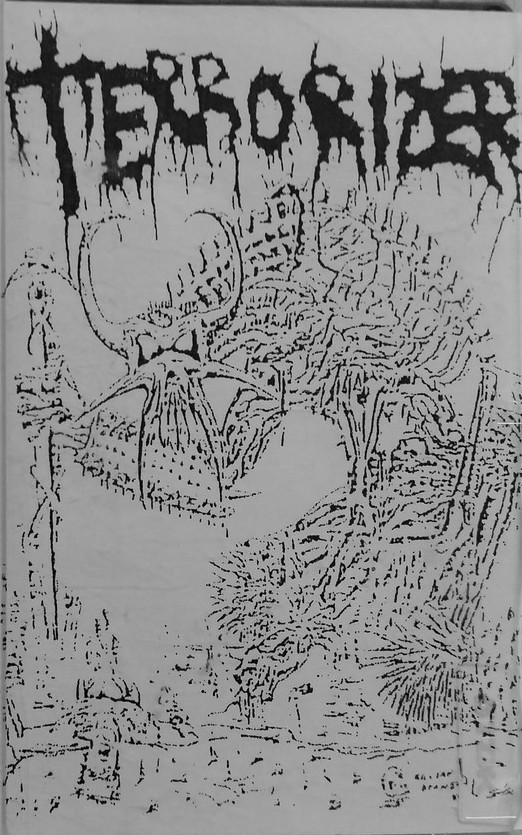 TERRORIZER — ’87 rehearsal demo tape
TERRORIZER is a 4-piece band from Southern California featuring Oscar on guitar and vocals, Jesse on guitar, Pete on drums, and Garvey on bass. They formed in early 1986 and are influenced by bands like early DISCHARGE and SUICIDAL TENDENCIES. Their lyrics deal with a large variety of subjects, from life and death to the effects of nuclear power to world issues today. However, they definitely have nothing to do with any type of religion whatsoever.
Ultra heavy thrash that sounds like SLAYER gone hardcore. Much better than your normal thrash band, providing the death metal-style vocals and playing, while covering various lyrical topics. [TONY]