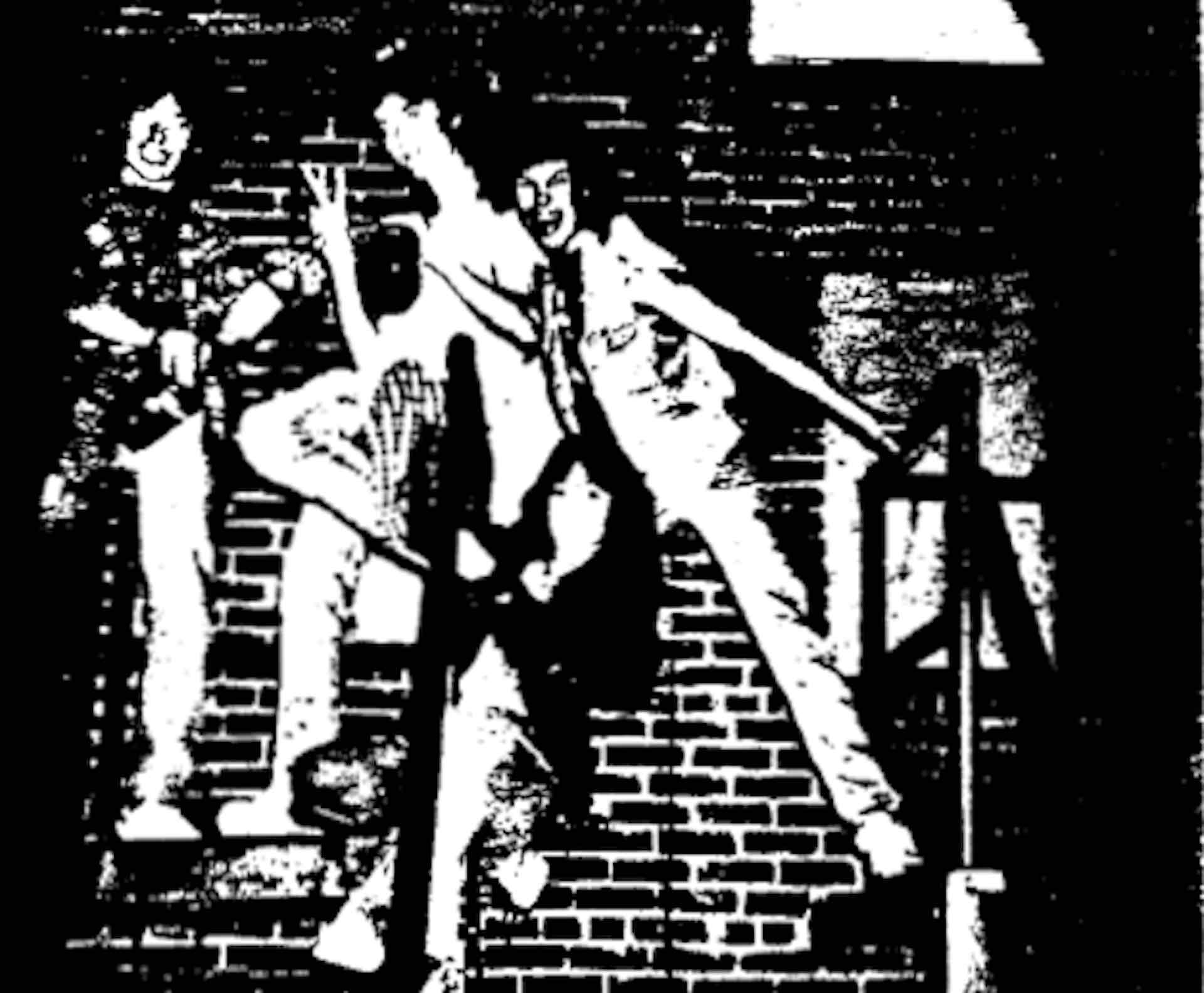 [LOOKING BACK: For our debut issue, we packed it full of our high school friends. This interview with Peer Preshure was one such interview. At the time, they were a band for all of six weeks.  -- Mickey]

PEER PRESHURE is one of the young, talented bands trying to make a name for themselves in the Philly scene. Despite the setback caused by the problems with their lead singer, they are making steady progress and are on their way to achieving success. Sean and Tony caught up with them after a recent Philly show.

How long have you been together?
PAUL: About a month and a half now.

How did you first get together?
PATRICK: Kevin and I started the band, and we gathered the others up to do shows.

What's your music all about?
ABBE: We don't write stupid lyrics.
PATRICK: They're all funny or about society.
KEVIN: Our song "Speed Freek" is about somebody who does too much speed.

What do you think about the Philly scene?
ABBE: Well, I used to be into hardcore (the Better Youth Organization). Now, I'm more into thrash.
PAUL: It's OK. There are some pretty good shows.
KEVIN: It's kicking; not too paramount, though...
ABBE: Needs more support.

Why the name PEER PRESHURE?
PATRICK: We thought of it when me and Paul were drinking one night.

What's the biggest problem in the world today?
ABBE: Reagan, and lack of assassination on society's part.
PATRICK: World oppression, like Apartheid and the situation in Ireland.
ABBE: I can't stand seeing prejudiced young people that haven't learned from the mistakes of their parents, we all bleed the same color. And sometimes kids get hassled for not being prejudiced.
PAUL: I think the biggest problem is AIDS.

What happened with your lead singer?
PAUL: He wasn't into it from the start. We sort of knew this was coming. He doesn't know what he wants.
PATRICK: He never showed up for practice, we're still looking for a good vocalist. (Anyone interested should contact Pat at the below address - Ed.)

PEER PRESHURE is one of the young bands in Philly trying to gain recognition. Their great talent puts them one step ahead of the others. Once they get a new lead singer, there will be no stopping this powerful quartet from getting their rewards.