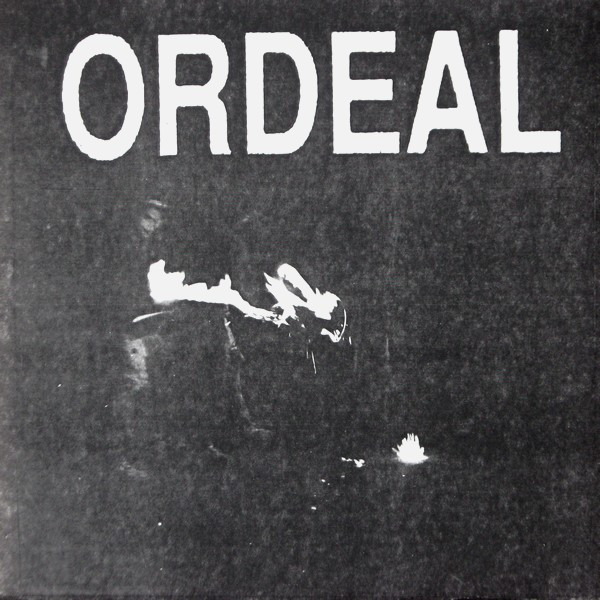 ORDEAL — EP
I saw an ad for this record in Maximum Rock ‘N Roll, where the band’s sound was described as melodious hardcore. With my tastes further moving away from thrash/dirge/blender shit, I decided to send away for it. I admit that I had preconceptions of hearing something like the DESCENDENTS or BAD RELIGION, but I ended up getting forgettable, slower three to four chord hardcore. Listening to this band, out of the D.C. area, was an ordeal. (Sunspot Records) [MICKEY]